Julius Eastman by Wild Up and Orchestra of St. Luke's

For its release party on June 19, Wild Up performs Eastman’s Buddha live from dawn until dusk at 2220 Arts + Archives in Los Angeles, CA, with the audience spread around the day’s ever-changing ensemble.

Later in June, the Orchestra of St. Luke’s concludes its Sounds & Stories series with the actor David Hyde Pierce in Eastman’s improvisatory tour de force, Femenine. The live-streamed performance premieres on June 28 at 6:30 PM Eastern Time. The concert is free. 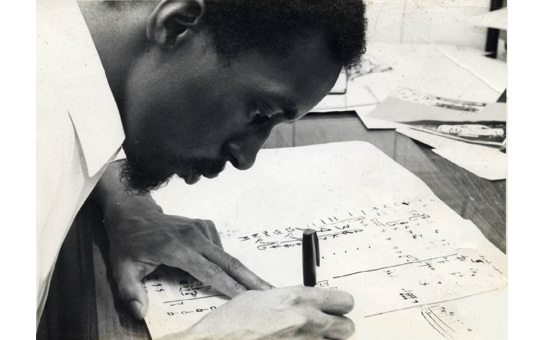