"An undressed man is at the center of the stage surrounded by women in a semicircle – all eyes on the Man. It’s all about taking power over MAN (in a pleasant and good way) by really seeing and appreciating him."

These words are composer, Louise Alenius’ description of her new work ManMuse which is being premiered on June 5, on a very special occasion - the celebration of 100 years of women’s right to vote in Denmark. June 5 is the Danish Constitution Day and in 2015 the celebration is focused on the centenary of women’s right to vote. Louise Alenius has been commissioned by Folketinget (The Danish Parliament) and Dansk Kvindesamfund (Danish Women’s Society) to write this work for the occasion.

"I love the MAN as an object, as a muse, as partner and adversary, so I lean back, and I admire him, as he has always admires the WOMAN. … I sense that most (Danish) men are just as happy about equality, as women are."

"ManMuse is an hommage to men – and a wish for an equal number of men and women to participate in the celebration of equality."

ManMuse is scored for string quartet, percussion, a dancer and voice (Louise Alenius will be singing at the premiere). 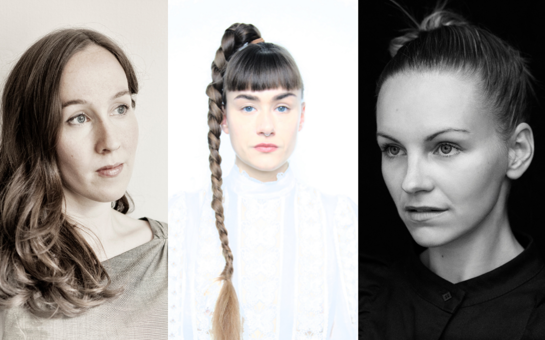