Set in a historic Kentish market town just outside of London, the Music@Malling International Music Festival provides one of the best opportunities in the calendar to hear a deep dive into a contemporary British composer’s work. This year, that composer is Brian Elias.

Seven of Elias’s works will be performed between September 24-26, including the world premiere performance of his Capriccio for Bassoon and Strings performed by Opera North’s Adam Mackenzie and Chamber Domaine - presented by Classic FM’s Aled Jones. Elias’ music will feature in three further concerts by The Sacconi Quartet and celebrated oboist Nick Daniel OBE; Richard Harwood, Principal Cellist of the Royal Philharmonic Orchestra; and pianist Daniel Grimwood.

On Saturday 25, Brian Elias joins film maker, Barrie Gavin and the Festival’s Artistic Director, Thomas Kemp for a talk about his life and works, including a viewing of Gavin’s fascinating film on the composer: ‘A Passage from India’.

Brian Elias was born in Bombay, India, and has lived in the U.K. since he was thirteen years old. After studying at the Royal College of Music he undertook private studies with Elisabeth Lutyens. His first major orchestral work L'Eylah was premiered at the BBC Proms in 1984. He has since had his works performed and recorded extensively by leading orchestras and soloists, and received two British Composer Awards: the first in 2010 for his work Doubles, the second in 2013 for Electra Mourns. Elias collaborated with Kenneth MacMillan on his final ballet The Judas Tree, premiered in 1992 at the Royal Opera House. The Judas Tree has subsequently been revived on numerous occasions by the Royal Ballet and toured internationally. Read more. 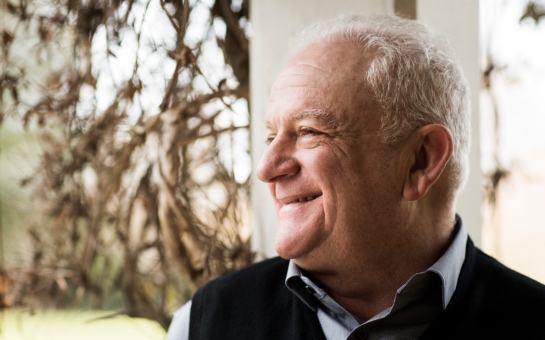