The piece is a BBC commission in celebration of the 150th anniversary of the Royal Albert Hall and reflecting on the hall’s role in promoting the arts and science over the years (as depicted in the mosaic frieze around the building’s exterior). The composer has chosen contemporary science as her inspiration for the work. Byström writes:

‘I recently read "Our Mathematical Universe" by the Swedish-American cosmologist Max Tegmark (Professor at MIT), where he describes his ideas about parallel universes. He presents four different levels of "multiverses", in which we might encounter exact copies of ourselves... For me, this is science that comes close to art! (His colleagues call him "Mad Max".) Inspired by Tegmark's theories, I use compositional and orchestral techniques to transform his multiverse-concept into music - four levels of increasing complexity outline the form of the piece.

A short introduction to the music of Britta Byström

Byström’s ear for musical qualities such as instrumentation and timbre mean that her music can best be characterized as impressionistic, light and sonorous. ‘I work in quite an unstructured way’, she notes, ‘complicating and distorting the sounds as I advance ear-first towards my goal. To borrow a fine art term, you could say that my music is non-figurative’.

For those looking to get the inside track on her music ahead of the premiere, check out these works below.

1.    Sera (2002)
Byström’s graduation piece from the Royal College of Music Stockholm is a seductive journey through assorted landscapes under the light of an Italian evening. It adumbrates key elements of Byström’s voice and method. After a speculative opening, the music grows out of itself, a stern playfulness wheedling circular, weaving melodies from within. The work hangs by its high tessituras, a sign of the composer’s interest in upper registers and textural luminosity.

2.    Picnic at Hanging Rock (2010)
Picnic at Hanging Rock is a tone poem inspired by Peter Weir’s poetic and multi-layered film of the same name. It is an evocation of the poetry, rather than programmatic. Disappearance is an important motif within the piece, which constitutes series of disappearances and transformations one after another. At the end one can hear how the sound of the orchestra disappears in a swarm of clanging triangles – a way of picturing the girls disappearing into the mountain.

3.    Invisible Cities (2013)
Invisible Cities is an orchestral piece inspired by the Italian writer Italo Calvino's novel 'Le città invisibili' (1972). The novel consists of many short, poetical descriptions of wondrous cities and this is evoked throughout the work with same motif appearing in many different ways. The piece has eleven movements, just as the novel consists of eleven different kinds of cities. Before every new musical ‘city’, there is a ‘walk’ – a little piano line which takes the listener from one city to another, a quotation from Witold Lutoslawski's Venetian Games.

‘a magical score, often light in texture and shimmering like the ever-present water in Venice’
- Göran Forsling, Musicweb International

4.    A Walk After Dark (2014)
The soloist – the ‘dreamer’ – leads the music in the movements, while the orchestra takes command in the "bridges" and moves the soloist to a new stage of dreaming. Byström employs a West-African melody, often played on the string instrument n'goni, in the ‘bridges’.

5.    Infinite Rooms (2016)
A double concerto for violin (or viola), double bass and orchestra inspired by the type of mirror installations of Yayoi Kusama, where small details are reflected into infinite patterns and complexity. After each movement in the work the two soloists mirror each other: ‘the violin casts long shadows – double bass shadows – and the double bass as a figure that casts short shadows – violin shadows. Together they form a pair whose range is more than a whole piano keyboard, but the extremes can even meet in unison’. 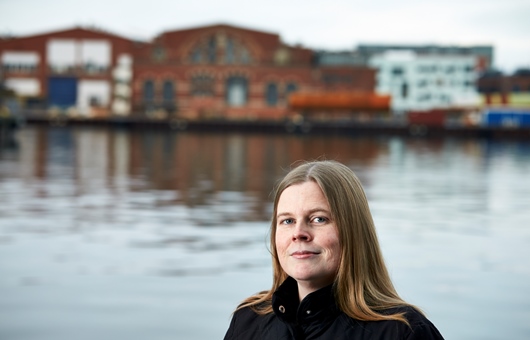 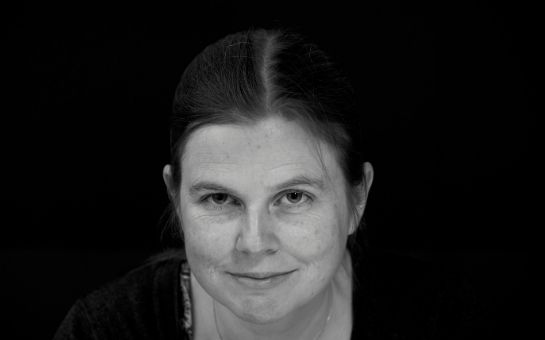