Barker was Music Director and Conductor of the American Chamber Orchestra from 1981 to 1987 and in 1983 he made his Carnegie Hall debut conducting the ACO and performed "A Tribute to Aaron Copland" in honor of the composer’s 83rd birthday. In 1985, he was Music Director for Copland’s rarely performed opera The Second Hurricane which played to critical acclaim at the New Federal Theatre in New York.

Barker has conducted numerous film and television features for dance including "Dance in America," a PBS special presentation on the works of Antony Tudor; the BBC in England; TV Asahi in Japan; and the ABC in Australia.

He lives in New York with his wife, Miranda Coney, former principal dancer of The Australian Ballet, and their two sons.

In Conversation with Charles Barker 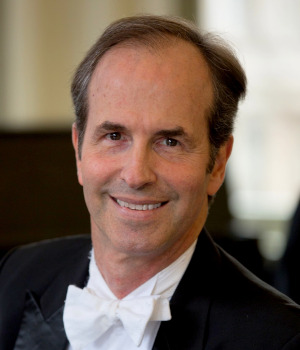 Not to sound mercenary but I was offered a job conducting an orchestra that paid money! I wasn't looking for any particular opportunity to conduct for dance but when one presented itself, I jumped at it. Specifically, it wasn't a ballet company but it was the John Curry Skating Company in 1983. John thought of skating as an art form and tried for 18 months with this company to convince the rest of the world and with great success. Unfortunately, AIDS took him. After that company folded, my contacts and credentials led me to ABT which is where I've been ever since. I did already love dance. I saw the Bejart Nijinsky Clown of God, with Susanne Farrell and Jorge Donn in Paris when I was about 18 and was completely taken with dance after that. When I arrived in New York in 1976, I was fortunate enough to get free tickets to see NYCB quite often and I saw great casts doing all of the Balanchine/Stravinsky repertoire. It was heaven.

Unfortunately, no. It would have really helped to have someone sit next to me during a few rehearsals and point out exactly what was happening with the dancers, ballet masters, and choreographers. Alas, it was trial by fire. I have mentored quite a few young conductors in the meantime and hopefully, did some good and made everyone's life a bit easier. Conducting for dance is hard!

How does your rehearsal and preparation differ for a ballet production compared to other performance settings?

Rehearsals for dance are faster and more specific than for symphonic performances. There's not much chance to "touch-up" orchestral problems in the dress rehearsal because invariably the choreographer wants to do a section over because the steps weren't executed properly. Ballet orchestras know this and prepare accordingly but when ABT tours and we use a local orchestra not used to playing for ballet they are quite surprised to have so much expectation placed upon them during the final dress. Otherwise, it's virtually the same with the exception that for symphonic performance I can have more freedom to manipulate the music in the way that I might think appropriate. But making music is the point, no matter what the conception might be.

On the process of rehearsing different orchestras nationally and on international tours?

One of the bonus aspects of working with ABT is all the touring that the company does. My first 12 weeks with the company were in eight different cities with eight different orchestras conducting Sleeping Beauty, La Sylphides, and broad repertory. It was a US tour so language wasn't a consideration. But for international touring, it was always fun to at least "try" to speak the language enough to get through the rehearsals. I have had my share of laughter from the orchestra when I ask in poor Japanese, "Can start we Number 6, 8 before?" But it is challenging and I believe endears me to the orchestra a little more.

Performing is its own reward. Being part of a large group of people all working their respective jobs in order to create a spectacle is a thrilling experience.

Performance is everything. W. Somerset Maugham says in a short story called The Alien Corn, "Art is the only thing that matters. In comparison to art, wealth, rank, and power are not worth a straw." I not only believe this but I've lived it. Living it simultaneously with over 100 other people, from stagehands, dressers, make-up artists, musicians, dancers, singers is the most magical experience I can imagine.

With ABT showcasing so many new casts in various roles each year and casts that you have conducted for many years how do you maintain your vigor and passion?

One thing that has never happened to me is that a performance has felt routine. Often I'm asked, "what's your favorite score to conduct?" and the answer is, "whichever score is on the podium!" It is not the piece of music or ballet, it's the performance that holds the charge. Every performance is the only performance.

What are the unique rewards and challenges of conducting live for ballet dancers?

Creating a theatrical event working with many others is both a challenge and reward. My wife and I once discussed the last five minutes of Act 1 of Giselle, the "mad scene," for three hours. We went over every note and every step and talked about what they meant and how best to make the emotion and energy of the section come across to the audience. The only way for this to happen is to have live music. The dancer must respond to what they are hearing, if they perform steps by rote there is no art; the conductor must respond to what he sees and how the action is progressing, if he merely plays the music without regard for what is happening on stage there is no art.

ABT perform Sir Kenneth MacMillan's Romeo and Juliet regularly as well as Sir Fredrick Ashton's Cinderella. What do you think earns these two scores their distinction? What makes them special to perform?

Prokofiev is still underrated. I believe his music is on a par with Mozart. There is not a note out of place or any extra gratuitous markings. The orchestration is exacting and the timbres it creates are some of the most amazing in all of music. Specifically, in Cinderella, the final pas de deux (in D-flat major!) is perhaps the most beautiful piece of music ever written.

Prokofiev had a rough time getting Romeo and Juliet produced. He had one ending and the censors didn't like it so he had to rewrite it. To their credit, they reinstated the original Shakespeare ending to the story. One quirky thing about both Cinderella and Romeo and Juliet is that they end the same way, after a series of mediant harmonic shifts (Cinderella: C major to E major; Romeo C major to A-flat major) both ballets come to the end settling on a C major chord. When asked why he didn't use Schoenberg's serial method of composition Prokofiev supposedly remarked, "There is still great music to be written in C major." Romeo and Juliet and Cinderella prove that.

What is your preparation for a new production such as Of Love and Rage created to the Gayane score composed by Aram Khachaturian?

To prepare for a new production one must first learn the score. This can be tricky because often the score is new and comes at the last minute. Recently, I did a production of a new full-length ballet and I got the score six days before the first orchestra rehearsal. Luckily, I can read music so all came off well but one is more used to studying a score over a long period of time, years, so to prepare that score in only six days was definitely a challenge. The music for Of Love and Rage was also late but at least that music was somewhat familiar.

Before the first orchestra rehearsal, there is a great deal of time spent in the studio watching the dancers, Alexei Ratmansky, and overseeing the pianists. About 90% of all preparation is time spent in the studio. Understanding the overall movement of an act can be difficult without sets, costumes, and scene changes but it's part of the challenge.

You teach the students at the ABT Jacqueline Kennedy Onassis School in New York which is an excellent component in their education. What are the curriculum and benefits of these classes?

These students are about to spend the rest of their lives intricately involved with music and musicians, so it just seemed like a good idea to teach them a little bit about how music is constructed and its history.

The syllabus is uncomplicated; we start with several introductory lessons then proceed to rhythm, melody, harmony, orchestration, various periods of music, and then a few specific composers. There are several field trips during the year, one to the Frick Museum where their excellent Education Director takes us through one painting for an hour, and another to the Met Opera for a dress rehearsal of an opera. We also have a chance to talk about history, philosophy, and art along the way. The dancers are in general highly intelligent and educated. Their contributions during class can be fascinating.

Lately, the classes have been Zoom classes. It's not the same as being in the studio with them but it does have its charm. We were able to take a Zoom field trip to the shop of a violin maker in Minneapolis and see how a violin is made. There are a few advantages to teaching with that technology.

Pittsburgh have just appointed former ABT ballerina Susan Jaffe as the next Artistic Director. With your vast international experience with multiple companies how do you feel about collaborating with new artistic visions and repertoire?

Part of that "vast" experience was with Susan both as a dancer and as the director of the North Carolina School of the Arts. She's lovely, intelligent, and will do great things for PBT. I look forward to our collaboration. 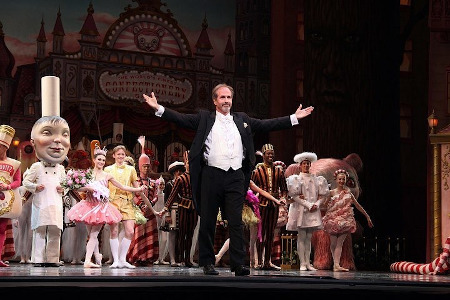 "Charles Barker led the Chicago Philharmonic in an impeccable, airborne rendering of the Strauss score." — WTTW

"The Anthony Tudor masterwork had the benefit of strong musicianship: refined playing by the Pacific Symphony under Charles Barker." — The Los Angeles Times

"All three Ballet Theater conductors — David Lamarche, Charles Barker and Ormsby Wilkins — were at their finest throughout the evening." — The New York Times 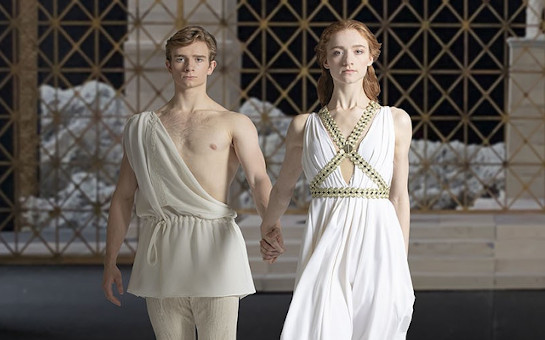