A choral masterpiece returns to the Three Choirs Festival

Among the undoubted highlights of this year’s Three Choirs Festival will be the performance on July 25 of Quo Vadis, the choral masterpiece by George Dyson, which returns to Hereford Cathedral where it was first performed in 1949. The work will be performed by the Three Choirs Festival Chorus and Philharmonia Orchestra conducted by Adrian Partington with soloists Rebecca Hardwick (soprano), Jess Dandy (contralto), James Oxley (tenor) and Alex Ashworth (bass).

Considered by many to be Dyson’s greatest achievement, Quo Vadis was composed in the late 1930s. The premiere of Part One at the 1939 Three Choirs Festival was cancelled due to the outbreak of war and finally took place in 1945. The complete work, lasting around 100 minutes, received its world premiere at the Three Choirs Festival in Hereford in 1949.

Consisting of nine movements and with a title that literally translates as ‘Where are you going?’, Quo Vadis draws on texts from a wide array of English poets – including Campion, Vaughan, Herrick, Blake, Wordsworth, Shelley, Newman and Bridges – charting a journey from birth towards an unknowable eternity. The writer Lewis Foreman compares Dyson’s approach to similar works of the period by other ‘agnostics at prayer’; among them Hymnus Paradisi by Herbert Howells, Intimations of Immortality by Gerald Finzi and Sancta Civitas by Ralph Vaughan Williams.

New performance materials have been created for this performance with the generous financial support of the Sir George Dyson Trust. The Trust exists to promote the appreciation of the composer’s work and offers grants to assist with performances of Dyson’s music including a special time-limited grant for choral and/or orchestral performances. 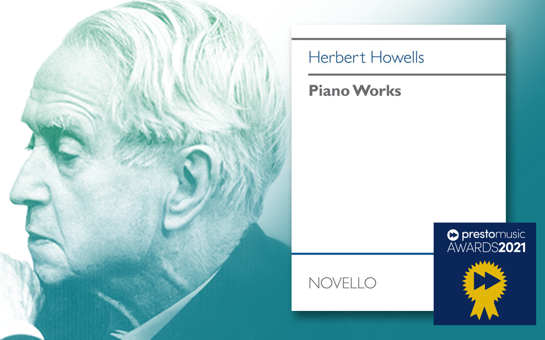