The Novello-published Piano Works by Herbert Howells has won best ‘New Publication of the Year’ in the Presto Music Awards 2021.

This collection of fifteen pieces, transcribed and edited by the Howells scholar Jonathan Clinch and published for the first time, reveals a previously neglected aspect of this celebrated English composer. The pieces chart the musical development of Howells, from his earliest known work The Arab’s Song, written when he was 16, to the Petrus Suite, completed in his 80s. Comprising a wide array of pieces from characterful miniatures to more substantial suites, the collection will appeal to Howells devotees and lovers of 20th century English music, as well to as anyone seeking fresh and distinctive piano repertoire. Read more at PrestoMusic.com

The name of Herbert Howells has become synonymous with the finest choral music within the English tradition and he still influences composers today, but in recent years a growing number of recordings of orchestral, chamber and instrumental music have demonstrated just how much he achieved outside of the church. This volume provides an opportunity for precisely this sort of reassessment, whilst at the same time giving a characteristic overview of his compositional style as it evolved over sixty-five years. The pieces contained herein are all being published for the first time and bring together manuscripts found in the special collections at the Royal College of Music and five private collections. This collection was made possible by the generous support of the Herbert Howells Society.

About Herbert Howells (1892-1983)
Herbert Howells was born in Lydney, Gloucester on 17 October 1892 and in 1912 he was awarded a scholarship to the Royal College of Music where he studied under Charles Villiers Stanford, Walter Parratt, Charles Wood and Hubert Parry. Unlike his close friend and mentor, Ralph Vaughan Williams, Howells never collected or made direct use of folk songs. He did, however, accept their importance as part of a wider musical heritage but preferred to allow church modes and the pentatonic scale to play a more prominent part in the construction of his output. His masterpiece, Hymnus Paradisi (1938), which was composed as a requiem for his son Michael, marked a move away from secular music. This continued into the 1940s with a series of compositions setting Mass texts and Canticles which have become core repertoire in the churches and cathedrals of the UK. Read more.

With many congratulations to editor Jonathan Clinch and James Welland, Dan Rollison and Stephanie Woodworth of Novello & Co. 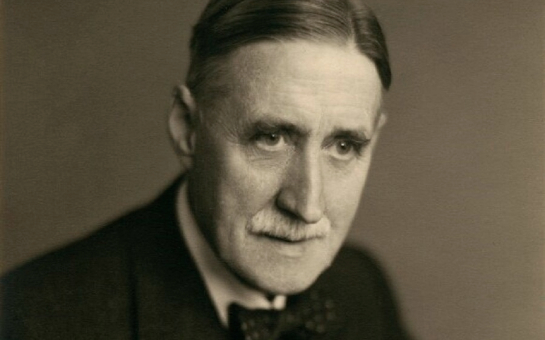