A Room of One’s Own by Outi Tarkiainen
Theater Hagen
World Premiere: May 14, 2022

Conjuring the power of music, song, stage and much more, opera is a powerful mirror to see ourselves and the world in which we live. Opera tells stories like no other. These are three powerful and important stories from both the past and present, that opera brings to life.

Josefine Opsahl tells a story of power, manipulation and politics governing our lives, today as they did then. DrømmeDøden is the story of one of history’s most powerful women, Queen Margaret I of Denmark and all the forgotten women that played a role in the story of the Kalmar Union. The fragile union of the Nordic kingdoms under a single monarch, that lasted between 1397 to 1523.

With strong parallels to today, where we stand with a European Union that has a hard time with unity, rulers who balance on the edge of the laws of democracy and a pandemic that has changed the world, this opera is based on the common history of the Nordic countries, and focuses on powerful women in the late Middle Ages and the Renaissance. Women who, like a golden braid, hang together in long chains of learning and influence.

A story of women leaders providing a different viewpoint on an old story, bringing focus to where it should have been all along.


A Room of One’s Own

Outi Tarkiainen tells a story of the voice of women. Separate voices, yet interwoven, reflecting different aspects of a common truth. Based on Virginia Woolf’s classical essay of 1928, where she discusses women’s lack of free expression: "A woman must have money and a room of her own if she is to write fiction".

The opera is set in 1920s England and has three main characters. Each called Mary, they are all intelligent, educated women whose seemingly light conversation leads them into ever deeper waters and who ultimately spread before the viewer’s eyes the whole gamut of human life, in all its grittiness, passions and realities.

A story of intelligence, passion, representation and empowerment.

Louise Alenius tells a story of death. Manualen is the story of an incurably suffering body finding peace.

The opera deals with the subject of euthanasia. Inspired by the debate regarding the convicted Danish physician Svend Lings’ “suicide manual”, Louise Alenius tells the story from the body’s point of view. About the heart that does not want to stop beating and the overwhelming pain taking over the body. A conflicting debate and decision between life and death. What to do? Find peace.

Opera has the power to ask deep questions and to shine a light on tories and subjects that matter. 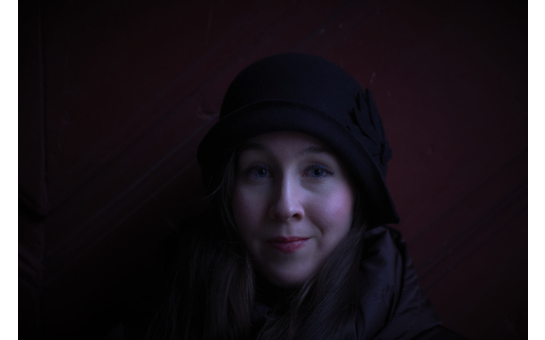