Thea Musgrave at the Hollywood Bowl

Thea Musgrave will make her debut at the Hollywood Bowl when her Trumpet Concerto receives its US Premiere on July 20. The concerto, which was inspired by the work of Scottish painter Victoria Crowe, will be performed by trumpeter Alison Balsom and the Los Angeles Philharmonic conducted by Tianyi Lu.

The piece was jointly commissioned by Cheltenham Music Festival, the City of Birmingham Symphony Orchestra and Los Angeles Philharmonic. It was first performed in 2019 and was awarded the South Bank Sky Arts Award for Classical Music the following year. Musgrave describes how, in the early stages of thinking about the piece, she was inspired by a comment by Alison Balsom that she likes to 'sing' with her instrument. Shortly afterwards, the composer had a 'lightbulb moment' when she visited an exhibition of Victoria Crowe’s work in Edinburgh. The concerto’s five movements and final coda are each inspired by a different painting, which will be projected during the performance at the Hollywood Bowl.

Musgrave, who celebrated her 93rd birthday earlier this year, is currently at work on an opera based on Virginia Woolf's Orlando. 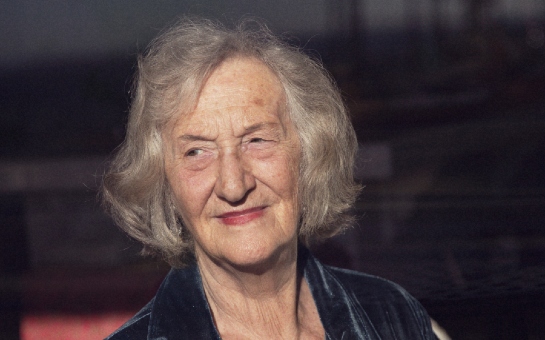 A Juilliard FOCUS on 20th-Century Women