Conductor and composer Esa-Pekka Salonen (b.1958) is the Principal Conductor and Artistic Advisor of the Philharmonia Orchestra in London, Music Director of the San Francisco Symphony, and Conductor Laureate of the Los Angeles Philharmonic. His music is published by Chester Music Limited, part of Wise Music Group.

Finnish-born Salonen has strong connections to the UK and has been awarded an honorary KBE by Her Majesty Queen Elizabeth II for his services to music and UK-Finland relations. Salonen’s international debut took place in 1983 when he was invited to conduct the Philharmonia Orchestra in London. Salonen was the orchestra’s Principal Guest Conductor from 1985-1994. From 2008 until the end of the 2021 season, Salonen was its Principal Conductor. Salonen will continue as the Philharmonia Orchestra’s Artistic Advisor and Conductor Emeritus at the end of his tenure in June 2021.

“This is a true personal honour, but more than that, it is meaningful to have artists honoured at a national—at a historical—level. It shows an appreciation of art-making as a necessary part of society. A recognition that culture is who we are, not just what we do. I am grateful for my time in London and throughout the UK with the Philharmonia Orchestra. I share this with them," says Salonen. 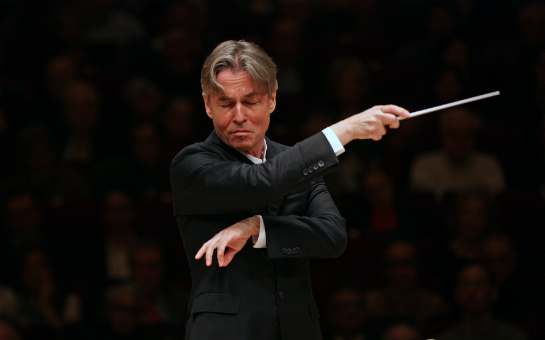