Sessions in the Studio | In Conversation with Aszure Barton

I'm crazy about Aszure. There's nothing fake about her and I love that. She was the first person I thought of when I heard that luscious Vladimir Martynov piece, and luckily, she said yes.
— Mikhail Baryshnikov

Come In is a poetic contemporary work of impeccable sensitivity created by Aszure Barton for thirteen dancers on a bare stage featuring Vladimir Martynov's exquisite score of the same name. Originally created on Baryshnikov and Hell's Kitchen Dance in 2006, the production returned to the stage last season with Houston Ballet's Premieres Season that showcased the company's male roster in Houston and at New York's City Center.

Other work includes choreography for the Broadway revival production of The Threepenny Opera directed by Scott Elliott and numerous film and installation projects including the Sundance Channel's Iconoclasts Series with Baryshnikov and Alice Waters and international outreach activities such as Kenya's Earth Project and Healing the Rift, at the Laikipia Nature Conservancy.

She has been an artist in residence at The Baryshnikov Arts Center in New York City and The Banff Centre in Canada and founded Aszure Barton & Artists in the early 2000's in order to create autonomous, collaborative platform for process-centered creation.

In conversation with Aszure Barton 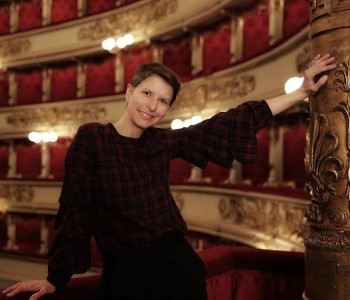 "I have such wonderful memories of creating Come In. Working with Misha was unbelievable and taught me a lot about trusting my own instincts as a creator. It was through working with Martynov's score that I discovered choreographic patience and the value of simplicity and of listening.

"I thought after creating the work in 2006 the work should rest for a while. I wanted to contemplate it. I wasn't sure if it was specific to that time or if it should be kept in a little box. I often do that with pieces, put them to rest for a bit while I process and then pull them out and analyze them.I thought a lot about the dancers in Houston Ballet because they are such a versatile group. They are movers, with form, impulse, and they are really strong. And they are also okay with stillness. There are some seasoned dancers in the company who have the ability to sit and stand in stillness, and that is essential to the work, Houston Ballet dancers are an absolute joy to work with." 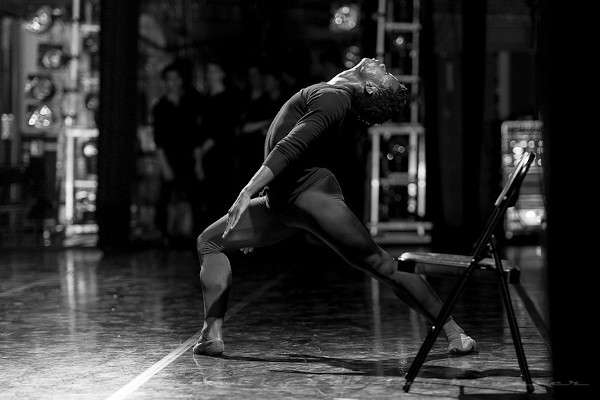 Review
"It starts with one dancer. Then another and another enter the stage, all dressed in dark colors with the lighting behind them barely more illuminated then that. To the sounds of sweet melancholy music highlighted by the superb Denise Tarrant on violin, the dancers are alone, in pairs, en masse as they fill the stage in Come In, the first piece in last night's Houston Ballet's Premieres mixed-rep program. There were lifts and tosses and mirrored dances. The special hook, of course, was that these weren't the usual male-female pairings. In keeping with choreographer Aszure Barton's vision, all 13 dancers performing to Vladimir Martynov's music were male. Technically precise, emotionally compelling, it was so well done that the audience stood and cheered for several rounds of bows at the end."
Margaret Downing, Houston Press

Where There's Form
In a recent collaboration, Hauschka & Barton worked to reveal passionate, smart bodies, and sounds, which demonstrate humanity's capacity for coexistence. Where There's Form was developed in part during a Pillow Lab residency and is a Jacob's Pillow co-commission. Its Jacob's Pillow 2020 performances have been postponed. 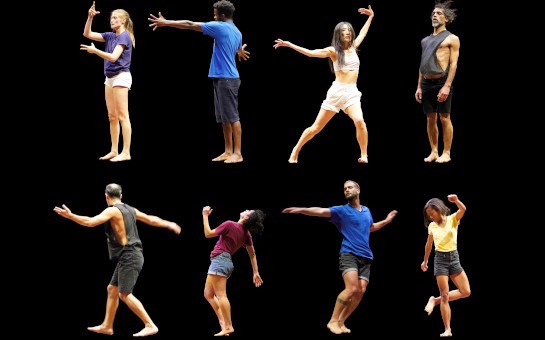