Of Love and Rage, a thrilling new ballet, tells the epic tale of the legendary beauty Callirhoe, her lover Chaereas, and the daunting obstacles they navigate. Callirhoe, a first-century Greek story, is one of the earliest novels ever written; it inspired the libretto for Of Love and Rage, adapted by actor, director, screenwriter and Molière Award-winner Guillaume Gallienne.

The ballet is set to music by Aram Khachaturian with arrangements by Philip Feeney. The Pacific Symphony performs the score live. ABT Artist in Residence and MacArthur Genius Alexei Ratmansky choreographed Of Love and Rage. Sets and costumes are by award-winning designer Jean-Marc Puissant (DGV, to music by Michael Nyman), and lighting is by designer Duane Schuler.

Ratmansky said, "Of Love and Rage is not a fairytale. Although it was written thousands of years ago, with the complexity of the relationship [between Callirhoe and Chaereas] at its core and the tough choices they face, it feels very modern and relevant. Callirhoe is a strong woman in a world where women had very limited options and no power. After early experiences where her fate is determined by men, she learns that she can use her beauty and her brains to shape her fate." He added, "I am fascinated by the topic of forgiveness. This is a story about how anger and jealousy tear two people apart — two people who are madly in love. Forgiveness is the only way they can reunite, and forgiveness requires strength. As Mahatma Gandhi said, 'The weak can never forgive. Forgiveness is the attribute of the strong.' "

A co-production with The National Ballet of Canada and American Ballet Theatre (ABT), Of Love and Rage will make its Canadian premiere during the National Ballet's 2021/22 season in Toronto. "I am a great admirer of Alexei," said its Artistic Director Karen Kain. "His understanding of classical vocabulary is unmatched, and his ballets are always inventive and masterful. One of my highlights as Artistic Director was commissioning him to create a new Romeo and Juliet and I could not be more delighted to add Of Love and Rage to our repertoire."

Watch the making of Of Love and Rage

Fun fact
Five costume shops, one dye shop and one millinery created the 227 costumes designed for the production by Jean-Marc Puissant. 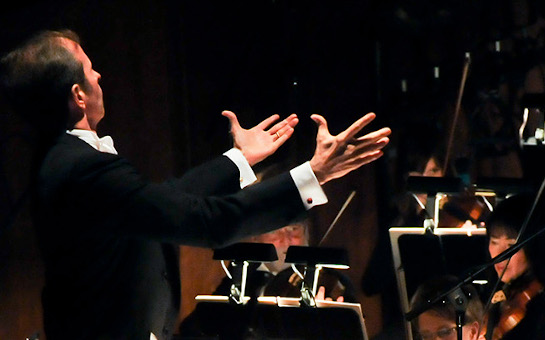 14th May 2020 Maestros of Dance: In Conversation with Charles Barker