Five-time Emmy award-winning composer Jeff Beal has received nineteen prime time Emmy nominations for his compositions. His original score of the critically acclaimed Netflix television series House of Cards has received five prime time Emmy nominations and two statues. Beal is known for his diverse musical approach to film and TV scoring, having written award-winning scores for the films Pollock (2000), Appaloosa (2008), Wilde Salome (2011), Blackfish (2013), and for television including the shows Monk (2002), Rome (2005), Carnivale (2003) and The Company (2007).

Beal’s compositions are infused with a deep understanding of improvisation, rhythm and spontaneity. His work has been performed and recorded by world-renowned soloists, ensembles, and orchestras.

Born and raised in the San Francisco Bay Area, Beal's grandmother, Irene, was a pianist who performed on the radio and also as accompanist for silent movies. She was an avid jazz fan and gave him Miles Davis’ Sketches of Spain album when he was beginning his trumpet studies. Beal graduated from the Eastman School of Music, where he was commencement speaker and honored alumnus in 2011.  He now mentors and encourages young composers as a participant in the Sundance Film Composer seminars and as a guest lecturer at conservatories.

Outside of Beal’s film and television scores, his catalog encompasses a broad spectrum of chamber, wind/brass ensembles, string quartets, concertos for orchestra and vocal works. Beal thrives in collaborating with choreographers on both abstract and narrative productions. The New York Times lauded "the richness of Beal's musical thinking," stating that "his compositions often capture the liveliness and unpredictability of the best improvisation."

"I’m fascinated by mediums in which the human body is the instrument; choral music and of course, dance! The past few years I’ve had the pleasure to create music for talented choreographers such as Helen Pickett, Claudia Schreier, LEIMAY and most recently Jacquelyn Buglisi. Working alongside them has afforded me the opportunity to see how powerful this medium is as a story telling and expressive journey for us both."
— Jeff Beal

The Moss Anthology: Variation #5
Commission for Buglisi Dance for Ode to the Planet and Humanity
New York, November 2019 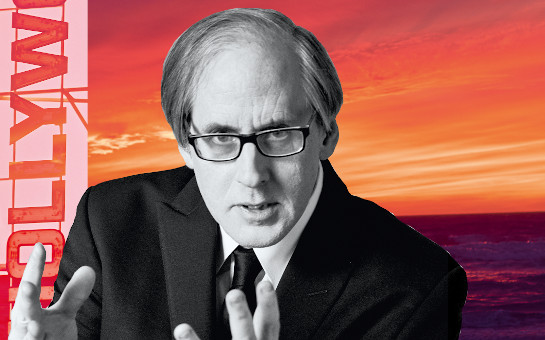