"It is a privilege for us to be working with Du Yun, a composer whose daring music is at the forefront of contemporary musical innovation," writes Robert Thompson, President of G. Schirmer, Inc. "In providing a home for her music publishing, we are excited to collaborate and develop her vision as a cutting-edge artist and composer.

Du Yun adds, "I am very excited to be working with G. Schirmer — the team there is incredibly supportive of my work, and I know it will be a great collaboration."

In 2020, Du Yun will have several high-profile world premieres. Sweet Land, premiering February 29-March 15 in Los Angeles, is a collaboration with pioneering opera company The Industry. The creative team, led by MacArthur Fellow Yuval Sharon, describes the immersive production as "a grotesque historical pageant that disrupts the dominant narrative of American identity."

A new work for the LA Phil New Music Group premieres under David Bloom's direction April 21, on a concert co-curated by Bloom and the composer. June 5 marks the premiere of a new work for Chicago's Grossman Ensemble. These works will further enrich Du Yun's burgeoning catalog of ensemble works, which can be heard across many albums including her most recent release, 2018's Dinosaur Scar.

Listen to Dinosaur Scar on Spotify

Jennifer Koh and Davóne Tines perform Du Yun's Give Me Back My Fingerprints at UCLA April 17, and to conclude a busy period of Los Angeles activity, Angel's Bone receives its West Coast Premiere at LA Opera May 1 and 3. Fallen Warriors will be performed at the Internationales Musikinstitut Darmstadt in July, and the composer's string quartet Tattooed in Snow will be heard at the Tanglewood Music Center August 7.

Du Yun has also become a sought-after curator and programmer, via her own FutureTradition initiative and relationships with existing festivals and presenters. In 2019, she worked with the Southbank Centre and Ultima Festival to create programming involving her own work and that of various collaborators. Future curatorial engagements include the LA Phil Green Umbrella Series (March 2020), the Göteborg Art Sounds Festival (Sweden, October 2020), the centennial Donaueschingen Festival in 2021, and a FutureTradition Festival with China's new media partners. This summer Du Yun will be a mentor for Internationales Musikinstitut Darmstadt, and in 2020-2022, for Forecast, an interdisciplinary mentorship program in Berlin, as well as "Sounds Now," a Creative Europe Cooperation Project by leading European Contemporary Music Festivals.

Watch "The Human Journey: Du Yun & Khaled Jarrar on Where We Lost Our Shadows"

2021 will mark major premieres for Du Yun including In Our Daughter's Eyes, a one-man opera co-commissioned by Beth Morrison Projects and Trinity Wall Street that meditates on the challenges and rewards of parenthood.

G. Schirmer will share a comprehensive overview of Du Yun’s existing catalog of compositions in the coming months, as performance materials become available. 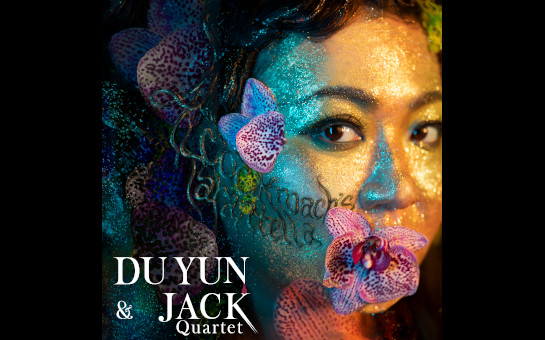 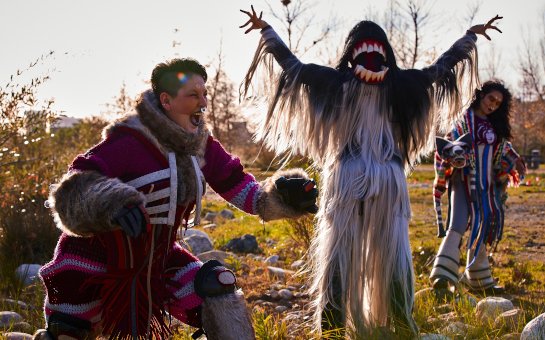