The premiere recording of METACOSMOS by Anna Thorvaldsdottir is released on the Sono Luminus label on November 15. The piece features as the opening track of Concurrence, an album of recent orchestral music by Icelandic composers performed by Iceland Symphony Orchestra conducted by Daníel Bjarnason (DSL-92237).

METACOSMOS, an orchestral exploration of the balance between beauty and chaos, has quickly captured the imagination of audiences across America and around Europe. Commissioned and first performed by the New York Philharmonic conducted by Esa-Pekka Salonen in 2018, it has since been performed by the San Francisco Symphony, Berlin Philharmonic and Gothenburg Symphony Orchestra, as well as at Reykjavik's Dark Music Days, Musica Nova Helsinki and the BBC Proms. In 2020 it will appear in the programmes of Boston Symphony Orchestra and LA Phil among others, as well as in Symphonic Poem, a ballet with choreography by Remus Şucheană at Deutche Oper am Rhein in Duisburg, Germany.

METACOSMOS is constructed around the natural balance between beauty and chaos – how elements can come together in (seemingly) utter chaos to create a unified, structured whole. The idea and inspiration behind the piece, which is connected as much to the human experience as to the universe, is the speculative metaphor of falling into a black hole – the unknown – with endless constellations and layers of opposing forces connecting and communicating with each other, expanding and contracting, projecting a struggle for power as the different sources pull on you and you realize that you are being drawn into a force that is beyond your control.

Last month, the premiere of Thorvaldsdottir’s Enigma was praised by the Washington Post who described it as ‘like no string quartet you’ve ever heard’. The Spektral Quartet will continue to tour the piece around the US throughout 2020, including a performance at Chicago’s Adler Planetarium in June for which the video projections by artist Sigurður Guðjónsson will be expanded to fill the planetarium’s screens.

Thorvaldsdottir’s latest work, Entropic Arrows, will be premiered by the New European Ensemble as part of a portrait concert of the composer in The Hague on March 7 2020. 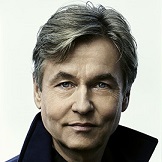