Music, like life itself, is inconceivable without romanticism. Romanticism is a high dream of the past, present, and future — a force of invincible beauty which towers above, and conquers, the forces of ignorance, bigotry, violence, and evil.
— Giya Kancheli

The internationally acclaimed composer Giya Kancheli passed away on October 2, 2019 at the age of 84, in Tblisi, the city of his birth in the Republic of Georgia. Following the break-up of the Soviet Union, Kancheli relocated to Berlin, then to Antwerp in Belgium, where he served as composer-in-residence for the Royal Flemish Philharmonic.

Kancheli's scores, deeply spiritual in nature, are filled with haunting aural images, varied colors and textures, sharp contrasts and shattering climaxes. His music took inspiration from Georgian folklore and sings with a heartfelt, yet refined emotion; it combines strong linear flow and an expansive sense of musical time.

Among his major works are seven symphonies, And Farewell Goes Out Sighing… for violin, countertenor, and orchestra premiered by the New York Philharmonic in 1999 with violinist Gidon Kremer and the singer Dere Lee Ragin), and a pair of works for violist Yuri Bashmet: Mourned by the Wind, a liturgy for viola and orchestra, and Styx, a concerto with chorus and orchestra where Charon, portrayed by the viola, ferries between life and death.

For two decades he served as music director of the Rustaveli Theatre in Tbilisi. His opera, Music for the Living, was written in collaboration with the Rustaveli's director Robert Sturua. Throughout his life he also composed for films, most recently for the animated remake of Ku! Kin-dza-dza, for which he'd written the music for its earlier live action incarnation as well.

Recordings of his music are available from the Nonesuch, Sony and ECM New Series labels, among others. 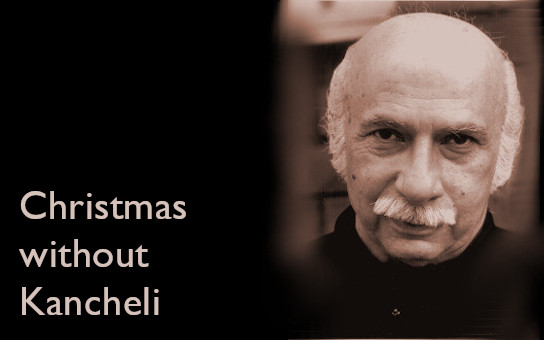