Joseph Horovitz’s Clarinet Sonatina will be performed by the star duo Andreas Ottensamer, principal clarinettist of the Berlin Philharmonic, and virtuoso pianist Yuja Wang at Milton Court in London’s Barbican in November.

The two World stars of Classical music have been performing Horovitz’s Sonatina across European Festivals this summer at Menton, Gstaad, Edinburgh, Dubrovnik and Kotor.

The London recital will take place on the 21 November at Milton Court Concert Hall at Barbican Centre alongside works from Debussy and Weber.

The Scotsman wrote of Wang and Ottensamer’s performance of Horovitz’s Sonatina from Edinburgh Festival this summer as ‘a virtuosic gem pitting English pastoralism against side-stepping jazz – captivating in all its personae.’

Also in November the celebrated harpsichordist, Mahan Esfahani, will perform Horovitz’s Jazz Concerto in Prague with the Prague Philharmonia. The work, premiered by George Malcolm in 1965, was recently recorded by Patrick Ayrton with the period ensemble Les Inventions on the CD Some Like It Plucked (GLO 5272).

Joseph Horovitz’s cantata Summer Sunday is announced as a ‘highlight’ of the Sintra Festival in Portugal this month. It is a light-hearted work, but has a serious message about the conservation of the countryside. With words by Gordon Snell, Summer Sunday is described as “a comical-tragical-ecological-Pastoral”. The performance by adult and children’s choirs, three solo singers and piano, takes place at the Olga Cadaval Cultural Centre on September 28th, directed by Manuel Líbano Monteiro.

Listen back to the BBC Sounds Radio 4 program on the story of Horovitz: No Ordinary Joe - https://www.bbc.co.uk/sounds/play/b012qsdp

Joseph Horovitz has recently been elected to an Honorary Fellowship of New College, Oxford, in recognition of his outstanding achievement in the field of music. Read his bio. 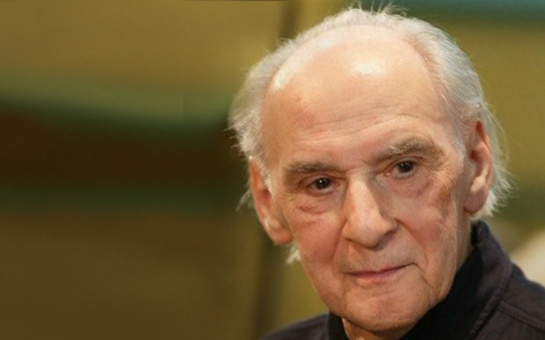 7th November 2016 Joseph Horovitz at the Royal College of Music and on BBC...