In the summer of 2021, Santa Fe Opera will present the world premiere performances of The Lord of Cries, a new opera composed by John Corigliano with a libretto by Mark Adamo. Inspired by the intriguing points of intersection between two classics of Western literature – The Bacchae by Euripides and Dracula by Bram Stoker – The Lord of Cries is sure to be one of the major operatic events of the new decade.

Despite being written nearly 24 centuries apart, The Bacchae and Dracula explore a timeless and subversive message through different perspectives: We must honor our animalistic nature lest it turn monstrous and destroy us.

The Lord of Cries begins with its title character – a strange, androgynous deity – returning to earth. He materializes in Victorian England as none other than the irresistible antihero Dracula, and offers a mortal three chances to “ask for what you want,” or risk the consequences.

Corigliano creates powerfully contrasting sound worlds to juxtapose the tidy world of the Victorians against the savage grandeur of the immortals, forging musical drama from the tension and gravitational pull between the two worlds.  Says the composer, “One important point of The Lord of Cries is that this conflict between who we want to be and who we actually are goes on and on; it tormented the ancient Greeks, and it torments us. So that torment is the score’s real subject.”

The title role of The Lord of Cries is written for superstar countertenor Anthony Roth Costanzo, who will make his Santa Fe Opera debut in the world premiere production. Creative team, casting and performance dates will be announced in May 2020.

The Lord of Cries is the second opera written by John Corigliano, whose scores have won him the Pulitzer Prize, the Grawemeyer Award, five Grammy Awards, and an Oscar. Corigliano’s first opera is the acclaimed The Ghosts of Versailles (1991), which was The Metropolitan Opera's first commission in almost 25 years when it first premiered to sold-out audiences. Ghosts continues to reign as one of the most significant operas of the past 50 years, with two new productions premiering this summer: July 13 – August 23, Jay Lesenger’s production is onstage at the Glimmerglass Festival and is co-produced with Château de Versailles Spectacles, where Ghosts will travel next season for its French premiere. The Chautauqua Opera Company will present Ghosts on July 27, in a production by Peter Kazaras.

Librettist Mark Adamo, also an acclaimed composer, has authored the libretti for each of his four full-length operas: Little Women (1998), Lysistrata (2005), The Gospel of Mary Magdalene (2013) and Becoming Santa Claus (2015). The Lord of Cries marks the first operatic and large-scale collaboration between Corigliano and Adamo, longtime partners in life. 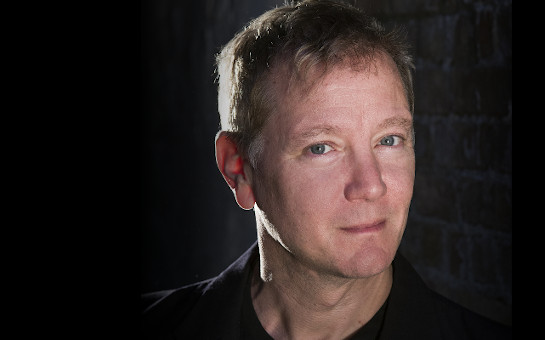