Sessions in the Studio | In Conversation with Peter Gregson

Composer and cellist Peter Gregson is "working at the forefront of the new music scene" (The New Yorker). Deutsche Grammophon released his latest album, Recomposed by Peter Gregson: Bach — The Cello Suites, in October 2018. It is a stunning reinterpretation of Bach's six suites, performed by Gregson and an ensemble of five cellos underpinned by a subtle electronic soundbed. His debut solo album, Terminal (2010), was commissioned by Bowers & Wilkins and led to his first ballet commission, Hubert Essakow's FLOW at The Print Room, London. Other albums include Lights in the Sky (2014), composed for cello, piano, and analogue synthesisers, TOUCH (2015), released on Sono Luminus, and Quartets: One and Quartets: Two (both 2017). The soundtrack to his first feature film, A Little Chaos, directed by Alan Rickman, was nominated for the Public Choice award at the World Soundtrack Awards.

McNicol's upcoming world premiere for the Joffrey is titled Yonder Blue, inspired by the book A Plea for Eros by Siri Hustvedt and features the Quartets: Two score by Gregson. Writes McNicol, "I love how she described 'Yonder' as a word that wobbles, its meaning shifts and moves. 'Blue' similarly shifts and holds multiple associations. Both words move and encapsulate the idea of distance. They relate to people and nature, the human and the physical, internal and external, the real and imagined." 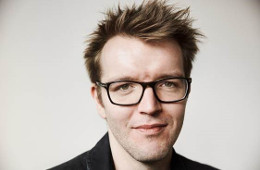 Q&A WITH PETER GREGSON
For previous ballets have you always spoken with the choreographer before they create?

With Andrew, it was a little combination of the two. He's using some of my existing string quartets, but as they're being performed live rather than to the recordings, there are some sequencing changes that have been made to accommodate the structure of his piece. We met in London to discuss his inspirations and motivations with the work and how best to achieve this with the music that he'd chosen to work with.

How do you feel about different choreographic voices responding to your scores?

I love it. I adore dance, and can't think of a greater privilege than my music being an inspiration or provocation for choreography and movement. I'm working on a new piece right now, which is an entirely new work and the choreographer and I are working together. I love developing creative relationships and exploring a musical language which gives freedom for the choreographer and their dancers to express themselves, whilst also retaining a musical identity which excites me.

Have you seen dance creations showcasing your scores and seen the production for the first time as an audience member without, and if so can you share the experience?

I have! It's always exciting seeing a new work come to life when the choreography is to existing music and I simply turn up to the premiere and enjoy being surprised and swept along with the audience. Ballet BC used the same quartets that Andrew is using, and turning up in Vancouver not knowing what to expect was exhilarating! It was absolutely beautiful, and I'm working currently with the choreographer of that piece, Cayetano Soto, on a new work for Gauthier Dance which premieres in 2020.

There's great joy in live music, but I love creating recordings which have the space to accommodate live performances. Often it's as simple as a proper discussion with the sound technicians, or the musical director, in creating click tracks for synchronization, or making some edits to the recordings to help the flow of the work…ultimately, it's a shared creative work and I will do whatever is necessary to allow the dance to shine — I've never seen any value in being precious! 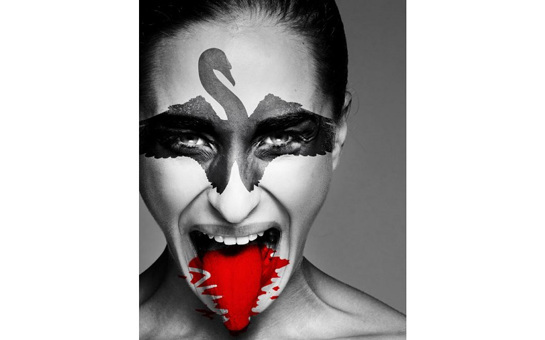