Nigunim
The festivities begin in Montreal on October 15, where Dorman's violin concerto Nigunim will receive its world premiere as a winner of the 2018 Azrieli Music Prize. Orchestrated from the composer's eponymous Violin Sonata No. 3 (originally written for Gil Shaham), Nigunim alludes to music's transnational power, and the similarities found across traditional Jewish music from different parts of the world.

I found that there are some common musical elements to North African Jewish cantillations, Central Asian Jewish wedding songs, Klezmer music, and Ashkenazy prayers. Though I did not use any existing Jewish melodies for Nigunim, the main modes and melodic gestures of the piece are drawn from these common elements. Moreover, different sections of the piece draw upon local non-Jewish musical traditions of each of these regions: for example, the second movement uses principles found in Georgian folk rhythms and harmonies, and the fourth is inspired by Macedonian dances.
— Avner Dorman

Still (Violin Concerto No. 3)
March 13 marks the world premiere of Dorman's Still (Violin Concerto No. 3), composed for soloist Sayaka Shoji, the first Japanese and youngest winner of the prestigious Paganini Competition in Genoa, Italy. Commissioned by CityMusic Cleveland Chamber Orchestra, where Dorman is also Music Director, the concert will receive a total five free performances around Cleveland that week, all with the composer at the podium.

Double Concerto
Dorman's season culminates in Australia, where the Adelaide Symphony Orchestra will give the world premiere of a new Double Concerto for violinist Pinchas Zukerman and cellist Amanda Forsyth on June 27, 2019. Composed in honor of Zukerman's 70th birthday and inspired by Brahms Op. 102, the score highlights the virtuosity and outsized personalities of the iconic husband-and-wife duo. Shortly after the world premiere, Zukerman and Forsyth will bring the piece to the Tanglewood Music Festival, where the Boston Symphony Orchestra will give its American premiere. This concerto was co-commissioned by these two orchestras and the National Arts Centre Orchestra, who will give the Canadian Premiere in Ottawa next season. 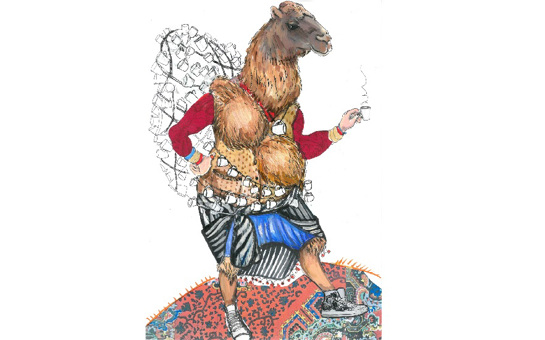