I hope that we can learn from the events of Wahnfried and from other darker parts of history and work to build a more peaceful world for the future.
— Avner Dorman

On June 28 2020, Badisches Saatstheater Karlsruhe will stream the world premiere production of Avner Dorman's first opera, Wahnfried. With a libretto by acclaimed German playwrights Lutz Hübner and Sarah Nemitz, Wahnfried is a satirical study of the story of Houston Stewart Chamberlain — a man who thought of himself as the living embodiment of a Wagnerian hero, only to realize that he could never aspire to true greatness.

Wahnfried chronicles how Wagner's music became associated with Nazism and how Cosima, Chamberlain, and the Wagner circle became central to German nationalism. In the story, Chamberlain is a failed entomologist looking for a calling to give meaning to his life. He finds it in the music of Richard Wagner, and in German nationalism. Wagner's widow, Cosima, enlists Chamberlain to lead the effort to immortalize Wagner's music and link it with the nationalist cause. Chamberlain then writes The Foundations of the Nineteenth Century, the first major work advocating Aryan supremacy and the fight against Jewish influence. With an element of black humor coloring the narrative, Wahnfried emphasizes the grotesque nature of the pseudo-science and hatred underlying Chamberlain's theories and horrific consequences.

Having worked with this story and with these characters for several years, it is quite clear to me that the story of Wahnfried is not simply the story of the birth of Nazism. The spread of hatred, intolerance, and fear that we see in Wahnfried and the ideas that Houston Chamberlain wrote over a hundred years ago are still the same elements of the dark and hateful plague we see all around the world today. I see this opera as a cautionary tale that illustrates the power and contagion of hate, no matter the century or the circumstances. I hope that we can learn from the events of Wahnfried and from other darker parts of history and work to build a more peaceful world for the future.
— Avner Dorman 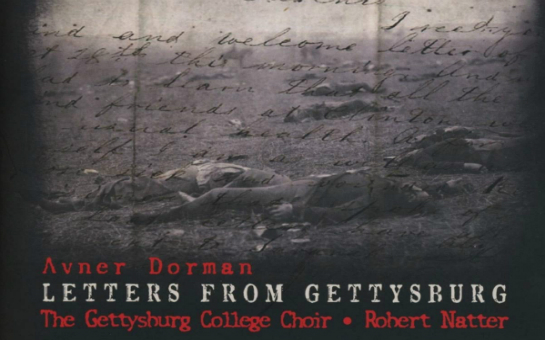