The Stockholm International Composer Festival is one of the classical world’s most high-profile opportunities to discover the full breadth of a composer’s music.

This November in the Swedish capital’s premier concert hall, the Royal Stockholm Philharmonic Orchestra (RSPO) and Norrköping Symphony Orchestra will celebrate the work of Thea Musgrave. The festival, which has honoured classical music’s most important composers over its twenty-two-year history, runs from November 22-25 and will provide a comprehensive overview of Musgrave’s long career, in four orchestral and chamber concerts. It joins a long list of important celebrations marking the British-American composer's ninetieth birthday.

In the opening concert, on November 22, Nicholas Daniel joins the Royal Stockholm Philharmonic Orchestra give the world premiere performance of Musgrave’s Night Windows for Oboe and 15 Strings. Night Windows is inspired by Edward Hopper’s striking painting of the same name. The five scenes in Musgrave’s work, however, are all imaginary, highly charged emotional moments derived from Hopper’s work more broadly, subtitled ‘Loneliness’, ‘Anger’, ‘Nostalgia’, ‘Despair’ and ‘Frenzy’. The American conductor Karen Kamensek will conduct the premiere in a programme of Musgrave’s most powerful orchestral works inspired by art: Turbulent Landscapes, The Seasons and Loch Ness. The RSPO will repeat this concert two days later, with one programming change: Daniel performs Musgrave’s oboe concerto, Helios, in place of Night Windows.

The Finnish-Ukrainian conductor Dalia Stasevska takes up the baton on the second evening of the festival (November 23) with a programme exhibiting the full range of Musgrave’s music, performed by the Norrköping Symphony Orchestra. Beginning with the Concerto for Orchestra (1967), the second half of the concert then opens with her epic orchestral song cycle Songs for a Winter’s Evening (1995), and concludes with one of Musgrave’s earliest mature works, Scottish Dance Suite (1959). Violist Ellen Nisbeth will join the orchestra to perform Lady Caroline Lamb, Elegy for Viola and Orchestra, an iconic piece for the instrument by Musgrave’s close friend and artistic confidant Richard Rodney Bennett.

Soloists from the RSPO and Nicholas Daniel close the festival on November 25 with a concert of Musgrave’s chamber works, many exhibiting her period of experimentation with electronics in the 70s and 80s. The programme will include: A Song for Christmas, Music for Horn and Piano, From One to Another, Niobe, From Spring to Spring, Threnody, Snow and Dawn.

Just a few weeks after the composer’s ninetieth birthday, on June 15, Jac Van Steen and the BBC Scottish Symphony Orchestra will present a concert dedicated to the music of Musgrave. Soloists Nicholas Daniel and Dame Evelyn Glennie will return to perform her double concerto Two’s Company. 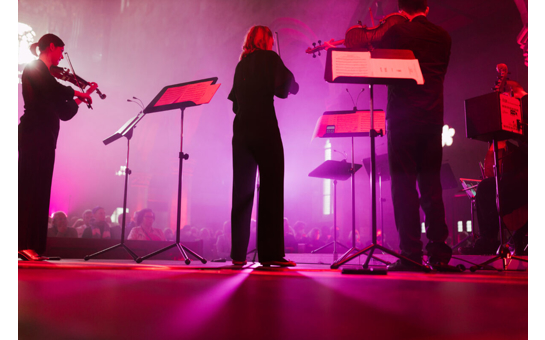 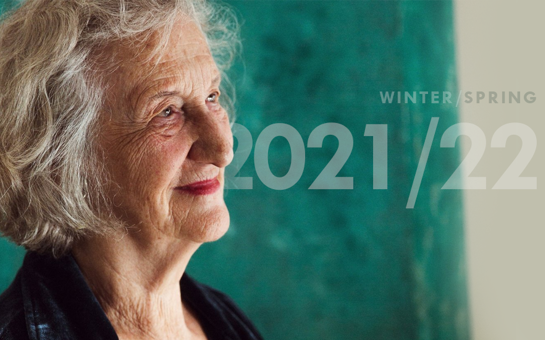