The first major choral setting of the diary of Anne Frank for worldwide release on Naxos, January 22, 2013

The first major choral setting of The Diary of Anne Frank takes the teenager’s remarkable and penetrating observations, written whilst hiding in an Amsterdam attic, as the basis for its extraordinary and moving libretto. Whitbourn’s music for this work has been described as ‘woundingly beautiful’ (The Daily Telegraph). He reflects sounds of the Westerkerk bells and tunes heard on the radio in the Annexe, along with representations of Anne Frank’s Jewish and German heritage, details that add to a score ‘whose respectful understatement is its greatest strength’ (The Times).

Listen to a sample track of the Kyrie

‘If Anne could be with us tonight, I know she would shed tears of joy and pride, and she would be so happy—happy the way I remember when I saw her last.’ These words were spoken by Bernd Elias, Anne Frank’s first cousin, before the first performance of Annelies. Read more…

James Whitbourn has an international reputation as a composer of choral music. After studying music at Magdalen College, Oxford, he began his career as a BBC producer. His compositional output has been influenced by this background and is admired for its direct connection with performers and audiences worldwide.

His choral works have been performed on every inhabited continent in the world, especially Annelies and his earlier Son of God Mass, which is regularly performed throughout the United States, Europe and other parts of the world. His choral music has been recorded by the Choir of Clare College Cambridge, the Oxford-based chamber choir Commotio and the Westminster Williamson Voices, on Et cetera and Naxos.

His work for film and television includes the lush orchestral score for the BBC landmark series Son of God, together with music for 9/11, the Cenotaph and the funeral of Queen Elizabeth the Queen Mother.

Artists who have performed and broadcast Whitbourn’s music include Daniel Hope, Leonard Slatkin, BBC Philharmonic and the choirs of King’s College Cambridge, Westminster Abbey and many others amongst the world’s finest choirs and ensembles. He has a close association with Westminster Choir College, NJ, where he has been visiting artist and composer-in-residence.
James Whitbourn is an Honorary Research Fellow of St. Stephen’s House, Oxford, one of the University of Oxford’s six Permanent Private Halls. Since 2001, he has held an exclusive publishing agreement with Chester Music, London.

The release of Annelies coincides with Holocaust Memorial Day (HMD), which is marked each year on January 27, the anniversary of the liberation of the Nazi extermination and concentration camp at Auschwitz-Birkenau in 1945. 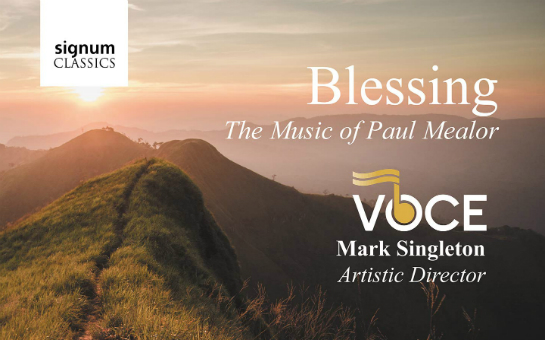