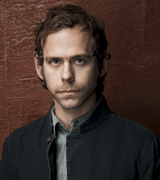 Music Sales Classical is delighted to announce the signing of Bryce Dessner
to the Chester Music roster and Benet Casablancas to the UME imprint.

Based in New York City, Dessner has a strong portfolio of recent concert work including two string quartets for the Kronos Quartet, a piece for the Bang on a Can All-Stars, a double guitar concerto for the American Composer’s Orchestra, and a work for the Brooklyn Youth Chorus.

Born in Barcelona, Benet Casablancas studied music in his hometown and Vienna, where he worked with, among others, Friedrich Cerha and Karl-Heinz Füssl.

Judith Weir's new, approachable and engaging opera had its premiere at the Bregenz Festival in summer 2011 and now comes to the Royal Opera stage with the same acclaimed cast, conducted by Paul Daniels.

This season we see a plethora of new chamber music across the world, from Gubaidulina to Glass; Nørgård to Neikrug; Carnegie Hall to Carmel, California; and Denmark to Detroit, there is sure to be something to pique your interest!

The Netherlands are bursting with Hans Abrahamsen’s Music in mid-February, with performances presented by the Asko|Schönberg Ensemble, Radio Kamer Filharmonie, and at Tage für neue Kammermusik Witten.

Love from Afar in Canada

Muhly and Mazzoli at the Barbican

Missy Mazzoli's Song from the Uproar

Philip Glass celebrates his 75th birthday season with performances and events across the globe encompassing every facet of the his career: opera, chamber music, orchestral music, dance, theatre works and more.