The New York City dance scene is teeming with exciting shows this fall which include a new choreography of Kaija Saariaho's only ballet; a new ballet to compositions by David Lang at the Guggenheim; a world premiere by Lang with the New York City Ballet; and a world premiere by Gabriela Lena Frank in collaboration with Ballet Hispanico. Meanwhile the National Ballet of Canada in Toronto presents two North American premiere by Joby Talbot, and Lera Auerbach's The Little Mermaid comes to San Francisco. 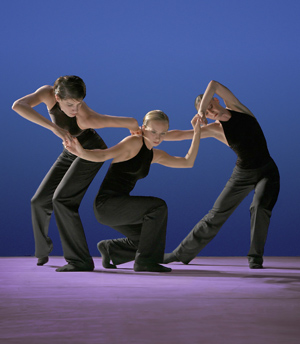 Saariaho's Maa opens Columbia University's Miller Theater season on September 24th. Maa (1991) has only ever been staged once before, and this fall's performance will mark the ballet's long-awaited American premiere. Saariaho's brilliant score will be paired with new choreography by Luca Veggetti and a live performance by the International Contemporary Ensemble, praised for their renditions of her music last year in Miller's Composer Portraits series. More information is available on the Miller Theatre website.

On October 3rd the Guggenheim's Works and Process Season Opening Benefit will feature new choreography by Jessica Lang and Pontus Lidberg set to David Lang's large ensemble work Forced March and the percussion quartet The So-Called Laws of Nature. World premiere performances by Morphoses will be interspersed with discussion between the three collaborators. Subsequent performances take place in October and February. For tickets and more information, please visit the Guggenheim's website. Pontus Lidberg also recently collaborated with David Lang on a new choreographed dance film Labyrinth Within which premieres on Swedish television in November. Lang's Concerto (World to Come) played by Maya Beiser and the Norlandssopera Orchestra is a new arrangement created and recorded specifically for this project.

The Works and Process series will also feature a preview performance of a newly-commissioned dance score by Gabriela Lena Frank on October 24th. The world premiere with full staging and live music takes place in December at the Joyce Theater. Frank's score fuses traditional Asian instruments with their modern counterparts, combining the pipa, cello, and violin. The collaboration with choreographer Maray Gutierrez and Ballet Hispanico will explore the "Chifa" or Asian influence in the Latino Diaspora. Performances will include costumes by couture designer Brian Reyes. More information is available on the Ballet Hispanico website.

Joby Talbot has a burgeoning new vocation as a composer of music for the ballet stage. He arranged the score for Wayne McGregor’s award-winning Chroma incorporating songs by rock duo the White Stripes, and is now working on an ambitious full-length ballet score for Alice’s Adventures in Wonderland in collaboration with choreographer Christopher Wheeldon for London’s Royal Ballet. The National Ballet of Canada in Toronto presents the North American premiere performances of Chroma in November 2010 and Alice’s Adventures in Wonderland comes to Toronto in June 2011.

Later this season, stay tuned for information about the return of Lera Auerbach's The Little Mermaid, which made its US premiere and played to sold-out houses in March 2010. This critically acclaimed contemporary interpretation by Hamburg Ballet Director and Chief Choreographer John Neumeier of the Hans Christian Andersen tale by the same name focuses on dramatic and mature themes. Playing in San Francisco April 30 - May 7. For more information, visit the San Francisco Ballet website. 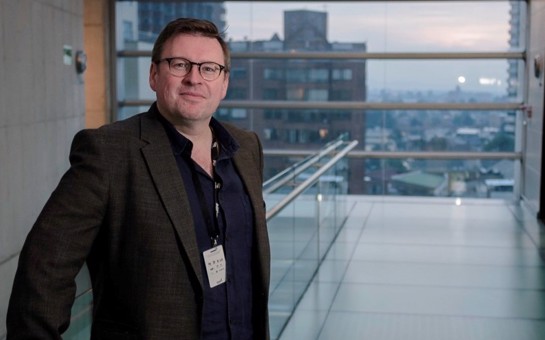