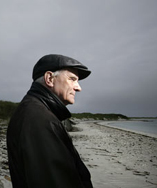 Peter Maxwell Davies attended the annual star-studded Ivor Novello Awards on May 20 where he was honoured with the Classical Music Award.

The Ivors are internationally respected for honouring excellence in British music writing. They are judged and presented by the writing community and for over 50 years have been given annually to outstanding songwriters and composers.

Chester Music has signed a worldwide publishing agreement with Howard Blake for his score to the hugely successful, 1982 animated film, The Snowman, based on Raymond Briggs' children's story. The agreement takes immediate effect....

Hans Abrahamsen and Pelle Gudmundsen-Holmgreen are featured composers at the Sacrum Profanum Festival in Krakow, Poland. The London Sinfonietta, Theatre of Voices, and Paul Hillier perform the world premiere of...

Gisela! Oder: Die merk-und denkwurdigen Wege des Glucks is the title of the new music theatre piece by Hans Werner Henze for young performers and young audiences that will receive its world premiere at Zeche Zweckel in Gladbeck, Germany on...


Craig Armstrong is currently scoring Wall Street: Money Never Sleeps. The sequel to the classic 1980s film Wall Street stars Michael Douglas and Shia LaBeouf and, like the original is directed by Oliver Stone. It will be released in the UK on September...

Eric Whitacre will be conducting several of his own works in a concert at Union Chapel, London on Monday August 2. Works from his brand new album Light and Gold will be performed by The Eric Whitacre Singers, Laudibus...

The world premiere of Symphony: Daar kom die Alibama by Kevin Volans will take place at Usher Hall on August 27 as part of the Edinburgh International Festival. The Duke Quartet will also be performing one of Volans' string quartets at musikfest berlin...

The Killer Inside Me

Music Sales
at No 1