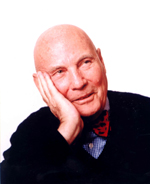 2010 is an important year for performances of music by Hans Werner Henze.

Opfergang for tenor, baritone and bass baritone, quartet of men's voices and orchestra is based on the dramatic poem Das Opfer by Franz Werfel, an expressionist writer who......

Frieze Music 2009 will be a performance conceived and choreographed by composer Turner Prize-winning artist Martin Creed. Co-commissioned by Frieze Music and Sadler's Wells, Work No 1020 will be performed...

On November 7, the Saint Paul Chamber Orchestra features soprano Dawn Upshaw in a programme exploring Spanish and Latin American influences. Headlining the evening is Three Songs in the Land of the Lemon Trees...

The latest disc to be released by Michael Nyman Records will be a departure from the norm, a collaboration between Michael Nyman and singer David McAlmont. For 'The Glare', due for released on October 26, McAlmont...

The Choral Section of www.chesternovello.com is the perfect starting point for choirs searching for new Christmas repertoire. In addition to new carols by Richard Rodney Bennett, Geoffrey Burgon and John McCabe, Ex Maria...

The music of Rolf Wallin reaches far and wide this autumn as it is heard in Canada, Denmark, Italy, Finland, Norway and the UK. Following the world premiere of his newly commissioned string quartet Curiosity Cabinet...