Peter Lieberson has been awarded the University of Louisville's 2008 Grawemeyer Award for Music Composition for Neruda Songs, his song-cycle for mezzo-soprano and orchestra on poetry of Nobel Prize-winning Pablo Neruda.      Listen to clips at Nonesuch Records.
Read the interview at NewMusicBox.Lieberson is "delighted to have received it, particularly for Neruda Songs. They are very special to me, as they were written for Lorraine."

His late wife, Lorraine Hunt Lieberson, premiered Neruda Songs with the Los Angeles Philharmonic directed by Esa-Pekka Salonen in May 2005, to critical acclaim. The Boston Symphony Orchestra, co-commissioner with Los Angeles, performed and subsequently recorded the Songs under James Levine with Ms. Lieberson for Nonesuch Records. The best-selling recording, which was Mr. Levine's first as music director of the Boston Symphony, received a Grammy-nomination.

Peter Lieberson's new set of love songs to his wife is a thing of silvery, 3 a.m. beauty. In the half-light and glimmer of the orchestra, a melody leaps languidly upward like a dancer on the moon. This is music of untethered lyricism, born of the voice — specifically, the burnished-copper mezzo of its dedicatee, Lorraine Hunt Lieberson.
— Justin Davidson, New York NewsdayLieberson joins eight other Grawemeyer Award-winners represented by the Music Sales Group: Simon Bainbridge, John Corigliano, Karel Husa, Aaron Jay Kernis, Witold Lutoslawski, Kaija Saariaho, Tan Dun, and Joan Tower. 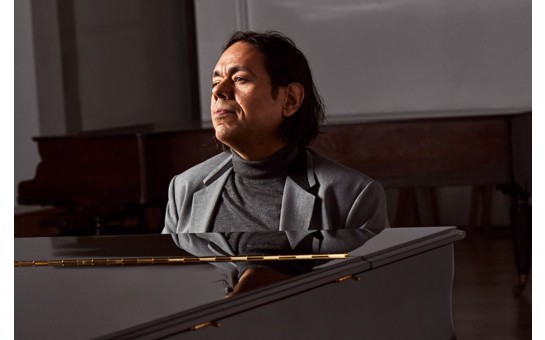