On 21 December, The First Emperor arrives at Lincoln Center; and all eyes and ears will be on the Metropolitan Opera as Tan Dun conducts the world premiere of his fourth opera. Award-winning filmmaker Zhang Yimou directs a star-studded cast led by tenor Plácido Domingo in the title role. 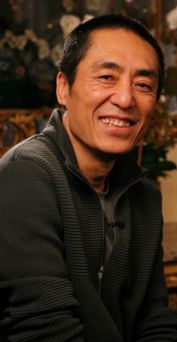 Qin Shi Huang, the First Emperor of China, is a household name in China....Children read about him in textbooks. There are countless legends that have been passed down for thousands of years. [He] unified China as one nation, [and] performed numerous extraordinary feats under a unified China. So his stories are very resonant among Chinese people....At the same time, he carries the baggage that comes with being an emperor: the bloodshed that is inevitable as well as a lonely existence that is his fate.…Tan Dun’s treatment of the libretto [examines] the First Emperor’s relationship with music — his search and discovery of music as a metaphor for his journey [and] destiny....The story uses the Yin and Yang to express the relationship between the two forces that are both in opposition and in unification... The director’s job, essentially, is to figure out how he can complement the melody and the performance. Naturally Tan’s music is our main focus. The [stage] direction must be in service of the music. The director makes specific choices about the staging, so that they highlight the [theme] of the piece and the characters’ journeys. In the end, what [the audience] sees on stage should visually express the energy and the movements that you hear in the music....The Met has created a canvas for a historical first....This opera is not exactly a Western style opera....The majority of the creative team is made up of Chinese artists. So this production will have a unique sensibility that is both Eastern and Western....It’s truly a rare occasion....It is an evocative journey...
— as told to Elena Park of The Metropolitan OperaThe First Emperor runs for nine performances through January 2007. On 13 January, The First Emperor goes “Live in HD,” as part of the Metropolitan Opera’s new high-definition broadcasts of Met productions in movie theaters across North America and internationally. See www.metoperafamily.org/hdlive for details. US audiences will also be treated to a live airing on “Metropolitan Opera Radio on Sirius,” the Met’s new 24-hour satellite radio channel. PBS will air a tape of this performance later in the year on public television.