The DVD recording presents the Andreas Kriegenburg production of the opera, performed in 2019-2020 with Barbara Hannigan in the role of Gerda, the Bayerisches Staatsorchester and Choir, under the direction of Cornelius Meister. It is the English singing version created by Amanda Holden in close collaboration with Hans Abrahamsen.

Composer Hans Abrahamsen and soprano Barbara Hannigan constitute a creative partnership that hearkens back to famous composer-performer pairing across the ages.
But with Abrahamsen's first opera 'The Snow Queen' this collabration has gone deeper than most into realms neither can easily explain."
- David Patrick Stearns

★★★★★★ It is 'The Snow Queen' as you know it from H. C. Andersen’s fairy tale – and yet not so. Because Hans Abrahamsen’s grasp of Andersen’s universe is so highly sensitive – and that has resulted in a poetic opera in a class of its own.

One can say that Abrahamsen in his musical rendition of 'The Snow Queen' has created a poem out of the fairy tale. It reaches poetic depths with impressive sound colours, in much the same way that Abrahamsen does in his work ‘let me tell you’, which has made the Danish composer world famous. There are many layers in Andersen’s fairy tale, but even more in Abrahamsen’s music.Jakob Wivel, Børsen – 21st October 2019★★★★☆ The work’s greatest triumph, and the thing that will draw listeners back again and again, is the music. Abrahamsen’s score is a work of obsessively fine detail, of immense complexity calibrated to sound beguilingly simple, of silvery, perfumed lyricism overlaid with hallucinatory effects. Everything sounds both familiar and strangely warped. There are delicate references to familiar works — Strauss, Mahler, Bach, Wagner — more like snatches of memory than quotes; but just when things seem about to become recognisable, Abrahamsen will bend away from pure tonality to warp a note or twist an interval, to stab or spike through an arpeggio, to hurt us just enough to make us come back wanting more. It is a strange and wonderful thing.
Shirley Apthorp, Financial Times – 15th October 2019❤️❤️❤️❤️❤️❤️ The music falls into majestically long phrases and shines like ice crystals in Hans Abrahamsen’s opera ‘The Snow Queen’. He does not shy away from high C’s and Wagnerian sea spray, as he unfolds the theme of ‘snow’ in his life’s most monumental work.
Thomas Michelsen, Politiken – 15th October 2019 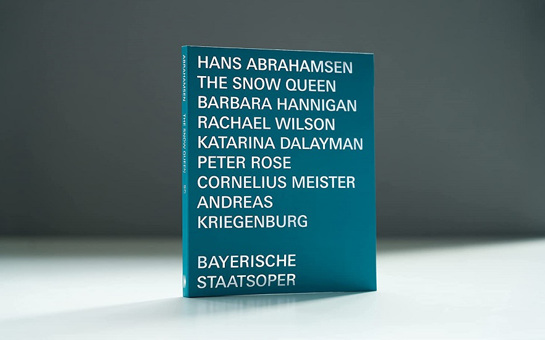 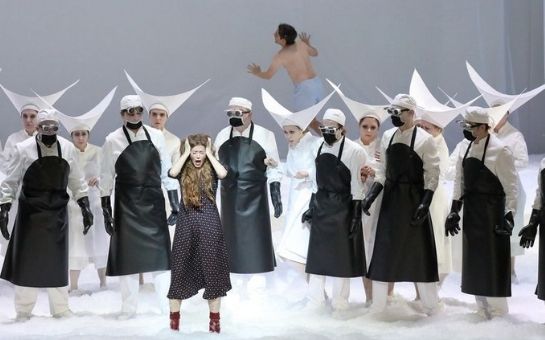 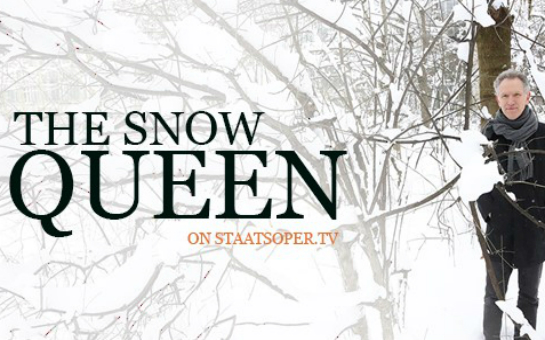