“We are now living in unprecedented and uncertain times, not only for our species but for all species on this planet. And the root cause of this conundrum is because we have forgotten our connection to our home, our planet. We all inhabit it, we all take from it, and we all build on it, but we have forgotten to return our respect for it.” – Akram Khan

Akram Khan’s Jungle Book Reimagined, a brand-new work based on the original story by Rudyard Kipling with an original score by Jocelyn Pook, will receive its world premiere on April 7 at the Curve Theatre in Leicester, UK.

With a new sense of urgency, Akram has reinterpreted this well-known story, through the lens of today’s children – those who will inherit our world and become our future storytellers. Akram and his team reimagine the journey of Mowgli through the eyes of a refugee caught in a world devastated by the impact of climate change. Jungle Book Reimagined will speak to all generations as a step to remind, to relearn, to reimagine a new world together. Jocelyn Pook has collaborated widely with Akram Khan Company and has written scores for DESH, iTMOI and Dust, this new collaboration promises to deliver a meaningful message for today’s generation.

Akram Khan Company will tour Jungle Book Reimagined throughout 2022 and into 2023. 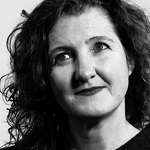