G. Schirmer Inc./Associated Music Publishers, part of Wise Music Group, is pleased to announce a newly established co-publishing agreement with composer Aaron Jay Kernis. For over three decades, Kernis has been at the cutting edge of modern composition, writing music that is by turns lyrical and virtuosic, political and synesthetic, expansive and intimate.

On this happy occasion, G. Schirmer, Inc./Associated Music Publishers President Robert Thompson writes, "I am thrilled to further expand and grow our already deep historical relationship with Aaron Jay Kernis and look forward to continuing to work more broadly with one of today's most vital and distinguished compositional voices."

"A great company is made by the people who embody its mission, so I'm delighted to reinvigorate my relationship with the terrific team at Wise Music, who have the future of music and creativity so much at heart," writes Kernis.

A highlight of the composer's 2019-2020 season is the world premiere of Venit Illuminatio (Toward the Illumination of Colored Light), an alchemical work for large orchestra commissioned by the St. Louis Symphony Orchestra; Music Director Stéphane Denève debuts the piece November 15-16. Throughout the year, new recordings of Kernis compositions have been released by The Knights, San Francisco Girls Chorus, Peabody Symphony Orchestra, and the Jasper and Escher String Quartets, featuring conductors Leonard Slatkin and Marin Alsop, and soloists Jason Vieaux and Marina Piccinini. In February, Giancarlo Guerrero and the Nashville Symphony Orchestra (where Kernis is Workshop Director of the Symphony's Composer Lab) performed the composer's Symphony No. 4 "Chromelodeon", which the Symphony co-commissioned with the New England Conservatory and the Bellingham Festival of Music, and recorded for future release on Naxos.

Please enjoy the following perusal materials of key works from the Kernis catalog.

One of America's most decorated composers, Kernis' Violin Concerto won a 2019 GRAMMY Award for Best Contemporary Classical Composition, with soloist James Ehnes also taking home the GRAMMY for Best Classical Instrumental Solo. Among the composer's other accolades are Northwestern University's Nemmers Award, the coveted Grawemeyer Award in Music Composition for Colored Field, and a Pulitzer Prize for String Quartet No. 2 ("musica instrumentalis"). Kernis is a member of the American Academy of Arts and Letters and the Classical Music Hall of Fame, and he has taught composition at the Yale School of Music since 2003. 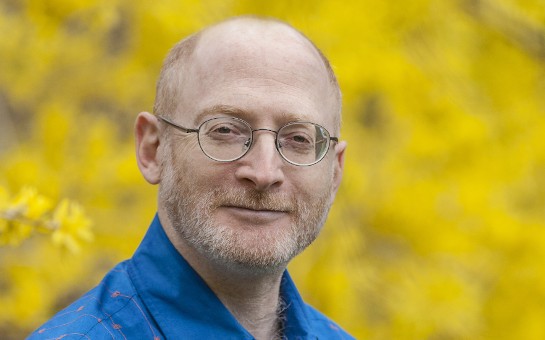