Sessions in the Studio | Dmitri Shostakovich and Ricardo Graziano

Shostakovich Suite is a fabulous spectacle to behold…Bravo.
— Sarasota Observer

The Sarasota Ballet's first program of the 2019/2020 Season, titled "Graziano, Retrospective" serves as a tribute to Ricardo Graziano's tenth year with the company by featuring three of his choreographic works. Opening the program, Shostakovich Suite is his most traditionally classical ballet and set to movements from Suite for Jazz Orchestra No. 2 and Ballet Suite No. 2 by Dmitri Shostakovich.

Shostakovich Suite is an eight-scene ballet demonstrating the aptitude of the company dancers whom Graziano has grown to know so well over the past decade. It delves into the composer's works through a vibrant display of classical choreography. Comprised of an octet of scenes, each expressing themes from the composer's two suites, Shostakovich Suite is a more classically traditional, non-narrative work similar in nature to the grand ballets of the late 19th century. At its premiere, Graziano pointed to choreographer George Balanchine as an inspiration for the elegant and more modern choreographic treatment.

Graziano started dancing when he was 8 years old in his hometown of Mogi das Cruzes, Brazil. At the age of 16 he won a scholarship to study at the Academie des Tanzes in Mannheim, Germany, and in 2005 joined Tulsa Ballet. In 2010 Graziano joined The Sarasota Ballet as a Soloist, and in 2011 was promoted to Principal.

In 2011 Graziano was given the opportunity by Artistic Director Iain Webb to choreograph his first ballet, Shostakovich Suite, which premiered that year. He choreographed four new ballets before being appointed Resident Choreographer in 2014. In total, Graziano has choreographed eight one-act ballets and three divertissements for Sarasota Ballet.

In Conversation with Ricardo Graziano

When did you realize you had a choreographic voice and how do you feel this has developed?

Being a choreographer is not something I ever dreamed of. I never even saw it as a possibility for myself and my career much less being the Resident Choreographer for a professional ballet company such as The Sarasota Ballet. I had played around in my ballet school when I was younger, in Brazil, but never anything serious. When I think back, I always wanted to put on a dance show during birthday parties, perhaps it was tapping into the foundation of potential choreographer and creator. Sarasota Ballet's Artistic Director Iain Webb approached me eight years ago with the question that would unknowingly change my future that choreography came back into my life. At first, I refused the offer and opportunity to create something for the Company, but Webb did not give up and offered me another opportunity a for a later program, which would give me almost a year to prepare. I said yes and the rest is history. I have since created eight ballets for the company and three short pieces for the Company's Galas. I have certainly evolved and matured as a choreographer in these past years, but you can see traces of the new "me" in all of my works.

How have you chosen your scores so far, and what speaks to you for inspiration?

Most of the scores I have worked with were chosen differently. Some I already knew I liked the composer, so I picked what to me at the time seemed like their best work. Some were brought to me for liking similar works. Some were found on the classical radio station while driving. Some were given to me by friends who thought I would be interested. One ballet was created after I was given the state of Maine as a theme, which led me to a composer born there. I am always in search of something different, but the score must speak to me. It must show me which ballet is potentially hiding between the notes.

What do you feel are the advantages and potential challenges creating on your fellow colleagues?

Choreographing for those you know so well can make the creating process very personal and easy at times. I've known many of The Sarasota Ballet dancers for nine years now, and I know their strengths and their potential. And they in return know me and my vocabulary quite well. I like making the dancers comfortable while working with me, in a stress-free environment, leaving room for their input and sometimes even being able to joke around, letting they know it's okay to make mistakes, and maybe even turning those mistakes into new steps. However, one must be very careful about drawing a line between friendship and professionalism. I make sure the dancers know I am the authority in the room, while still being extremely respectful of them and their work.

Which choreographers and collaboratives inspire you and which do you think have most influenced your choreographic voice?

I think every ballet I have ever danced, every ballet teacher and every choreographer has inspired me in one way or another and also influenced my work. I know I am not creating a brand-new style of dance, I am somehow mixing together what I have experienced in life and on stage. But there is no doubt certain names pop to mind. Even though I was never trained as a Balanchine dancer, there is certainly a Balanchine inspiration in my classical works. Nacho Duato and Jiří Kylián are the base and foundation for my contemporary works. Sir Frederick Ashton taught me the beauty of body movement, and I use that in both my classical and contemporary works. And even though I never had the chance to work personally with these legends, I have danced many of their ballets and have learned so much from their work. While dancing and/or watching a ballet, I like to put myself in the choreographer's mind and ask why they made such decisions. And if there is something I don't like, I ask myself, how would I have made this differently, it's a wonderful way to keep learning, and also a way to find out what really speaks to me and who I really am as a choreographer.

Do you choreograph or explore a vocab for each ballet before you have your cast?

I always enjoy working by myself first, creating new steps, trying new things, before teaching the dancers. And while doing that, and assuming I have already put a lot of thought into the new creation, it makes it easier to picture the cast and imagine who would be best for each role.

What do you feel has changed in your choreographic voice and process since your first ballet?

It's hard to put all ballets in the same box, as my first creation was very classical, with pink tutus, and my last creation was very contemporary. But one can say my choreographic strengths are found in the partnering, and I think that is where I have found my voice. My editing eyes have also evolved as I have matured, and I see that as a sign of growth. That is most noticeable when I have to reset an old creation and realize I can make things better this time around.

Whilst you were training in Germany you discovered the Shostakovich catalogue. What inspired you to create a Shostakovich non-narrative work and what was your process in choosing the two scores and various movements?

While training in Germany I had the chance to perform in a work by friend and choreographer Terence Kohler. The work was called Intermezzo for 20, and the score was by Shostakovich. That was my first introduction to the composer. The "love at first sight" (hearing) happened while listening to the Jazz Suite No. 2 — Waltz II. I then bought two of his albums. Many years later, when the opportunity to choreography knocked on the door, I quickly remembered of my love for Shostakovich's Waltz and I went back to those two albums ("Ballet Suite" and "The Jazz Album") and tried to make a selection of the tracks that made sense to me, and that would eventually sound cohesive, even though they were not from the same score. In the end I did not use my favorite waltz but got to fall in love with many other selections of his work. Shostakovich adds such energy, wit and joy to his score that it is pretty much impossible not to keep the audience engaged and excited for what's to come next.

Listen
Selections from Suite No. 2 for Jazz Orchestra and Ballet Suite No. 2 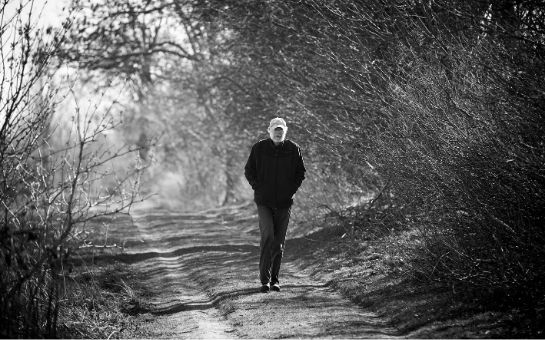