On October 11th Ensemble Resonanz will release their new album Tenebre in collaboration with composer and multi-instrumentalist Bryce Dessner, redefining four pieces of his striking string work.
A rich and complex body of artistry, the album traces Bryce’s journey as a composer and showcases the interchange between classical music and European American avant-garde works for strings.

The album features a selection of Dessner’s most significant string compositions:
Aheym: Dessner’s original decade-old composition for the Kronos Quartet is being
released for the first time in an orchestral version. A masterpiece fraught with emotions,
the piece bristles with energy and brute force that encapsulates Dessner’s musicTenebre: This piece, which has been reworked into an enrapturing orchestral work
featuring the vocals of the exceptionally talent Moses Sumney, offers listeners a
deeply spiritual and ethereal experienceLacrimae: Dessner’s first composition for string orchestra is an enlightening ode to the
musical worlds of the Renaissance Musician John Dowland and Bartók’s DivertimentoSkrik: As Dessner’s latest work, this is the premiere recording of the piece, which was
previously co-commissioned by Steve Reich and Carnegie Hall for the composer’s 80th birthday.

'When I first heard Ensemble Resonanz perform my music, it felt right to make a recording with them. To be honest, the energy and precision of the group was somewhat shocking. It‘s like there‘s a fierceness to the sound, while retaining its depth' – Bryce Dessner

Bryce Dessner is one of the most sought-after American composers in contemporary music. He has won Grammy Awards as a classical composer and with the band The National, of which he is founding member, guitarist, arranger and co-principal song-writer. He is commissioned to write for the world’s leading ensembles, from Orchestre de Paris to the Los Angeles Philharmonic. Meanwhile he is a high-profile presence in film score composition, with credits including Alejandro González Iñárritu’s The Revenant - for which he was Grammy and Golden Globe nominated. The breadth and level of Dessner’s creative output is remarkable. 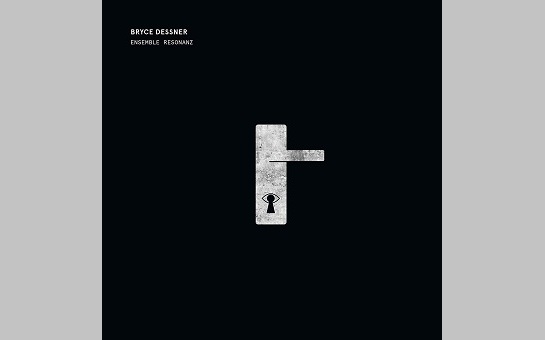