'The Ghosts of Versailles' goes to Glimmerglass

It's comic and serious, entertaining and erudite, silly and thoughtful, emotional and mysterious, harrowing and uplifting, intimate and over-the-top — and the more times you see it, the more you'll find in it and the more you'll get out of it.
Richard S. Ginell, Los Angeles Times

Opening on July 13 and running through August 23, The Glimmerglass Festival presents The Ghosts of Versailles, the landmark opera by John Corigliano with a libretto by William M. Hoffman, in a new production under the direction of Jay Lesenger.

The Ghosts of Versailles was inspired by Pierre Beaumarchais’ The Guilty Mother with comical nods to The Barber of Seville and The Marriage of Figaro. Set in the afterlife at the court of Versailles, the ghost of Marie Antoinette is devastated about her premature death. Her favorite playwright, Beaumarchais, attempts to amuse her with a new work. He produces an opera within an opera starring Figaro, Count Almaviva, and Susanna, who try to reverse history and save the queen from beheading. When Figaro refuses to stick to the script, Beaumarchais must enter his own story. Alternately amusing and heartbreaking, this grand opera buffa is one of America’s most significant operatic masterpieces in the last 50 years.

For many years after the glorious [MET Opera] premiere of ‘The Ghosts of Versailles,’ I have always felt that my opera was haunted by its spectacular production…most opera houses thought ‘The Ghosts of Versailles’ is almost impossible to produce. My collaborator, William Hoffman, and I always felt that the opera would benefit from being seen through a closer lens. A more economical production and casting scheme would focus the audience on the true nature of the work: that is, that while ‘The Ghosts of Versailles’ is, in part, an entertaining buffa, it is also a serious meditation on history and change: specifically, on how change comes about both in politics and in art. Mid-century modernists at their most fundamentalist demanded that we destroy, not merely rethink, the past to forge a new future…but our view of art was that change could come by embracing the past and moving into the future.
— John Corigliano

This Glimmerglass production is co-produced by Château de Versailles Spectacles, where The Ghosts of Versailles will travel in December for its French premiere. As part of its Beaumarchais Trilogy weekend, the Chautauqua Opera Company will present Ghosts on July 27 in a production directed by Peter Kazaras. 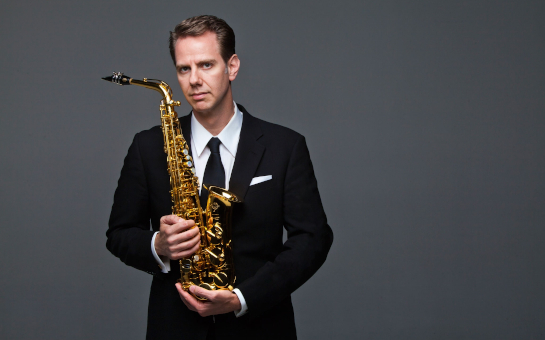