Arriving in the 18th century, early Russian opera was under the influence of the dominant styles from Italy, France and Germany — thus, Russian composers sought to introduce distinctive, national elements into their work. Two centuries later the political conflicts of the 20th century divided Russian opera composers into those who migrated west, and those who continued to live under the Soviet and Post-Soviet regimes. The ideological and stylistic control by the authorities hindered innovation and experimentation in the field. Nevertheless, the production of new opera was not diminished, but grew immensely. The following operas are singular examples of Russian operas created in the second half of the 20th century.

Pavel Chichikov, a modest nobleman, travels across Russia with the intention of strengthening his reputation and credibility through the pretend ownership of many servants: He seeks out landowners and persuades them to sell him their dead serfs that are still registered as living. Eventually word spreads about Chichikov's purchases, providing the main conversational topic at Governor Nozdrev's ball. A great number of rumors begin to circulate about Chichikov's background, and also that he has eloped with the Governor’s daughter. When Nozdrev accuses him of kidnapping and maintains that Chichikov is a robber or secret agent, the outraged Chichikov makes a rapid departure.
Available for North American Premiere

In late 1950s Moscow, a desirable new block of apartments has been erected. Among those who have been granted housing are newly-weds Sasha and Masha, Lidochka Baburov with her friend Boris, and explosives-expert/chauffeur Sergei and his crane-driving girlfriend Lyusya. As the group arrives to the estate, the property manager Barabashkin is unwilling to hand over the keys to the rightful owners. To find a way around this, Boris cunningly uses the construction crane to lift Lidochka and her father into their new apartment through the window. While they are settling into their new home, government official Drebednyov and Barabashkin burst in through a hole in the wall of the adjacent apartment, uncovering his intentions to illegally convert two apartments into one, to make more luxurious accommodations for him and his new wife. The residents eventually find a way of exposing all the corruption and the wrong-doers are defeated, leaving everyone else to live happily ever after.

Dr. Faustus, the widely famed magician and necromancer, signs a pact with the devil: In return for knowledge, power, and sex, Mephistopheles will claim his soul. Later the devil takes him on a journey to see both heaven and hell. An old Christian man appears and offers to help save him from the terrors of hell. Mephistopheles then appears and furiously forces him to sign a second pact, this time with Lucifer himself. After twenty-four years have passed, Mephistopheles finally comes to claim his part of the bargain and tears Faustus into pieces.
Available for North American Premiere

In 18th century Seville, Don Jerome, an impoverished nobleman arranges to marry off his daughter Louisa to Mendoza, an ugly but very rich old fish merchant who has not seen her yet. Louisa's duenna concocts a plan that will enable Louisa to marry Antonio, the man she truly loves, and at the same time win Mendoza’s money for herself.

The 17th-century sculptor Colas Breugnon contemplates the events of his life — as a young man he loved Selina, who married Gifflard out of jealousy. As a result, Colas then married Jacqueline but couldn’t ignore his feelings for Selina. When his wife Jacqueline died during the great plague, he was accused of causing the burning of Clamecy by Gifflard. Furious, the Prince of Asnois had all of Colas’ sculptures destroyed. Although enraged, Colas promises the ruler to make a statue of him as penance. When it is unveiled before the residents of Clamecy, they break into laughter upon seeing Colas’ creation — the prince in a majestic pose astride a donkey. 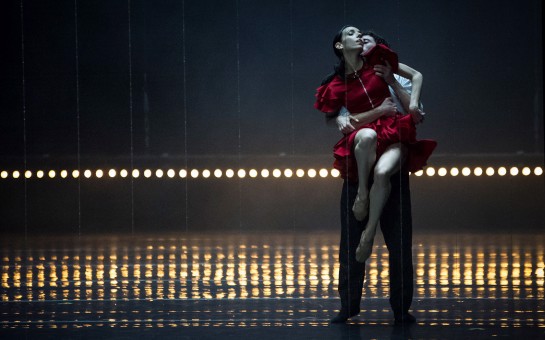