Charybdis in the Greek mythology was the daughter of Poseidon and Gaia. To expand her father’s empire she partly flooded the coast of Greece. Zeus therefore turned her into a whirlpool (reflecting the German subtitle of the concerto, "Wirbelrausch") and made her swallow a huge amount of water three times a day.
Søren Nils Eichberg has dedicated his viola concerto "Charybdis" to Rafael Altino, Brazilian viola player and Principal Viola of the Odense Symphony Orchestra, Denmark, who will be performing the world premiere on October 27, 2016 with conductor Michael Schønwandt and Odense Symphony Orchestra in The Carl Nielsen Hall.
The Danish composer Søren Nils Eichberg, who lives in Berlin, has written three symphonies, and his opera Glare (2014), first performed at Linbury Theatre, Royal Opera House, London, will receive it's German premiere in March 2017.

Listen to orchestral works by Søren Nils Eichberg on Spotify: 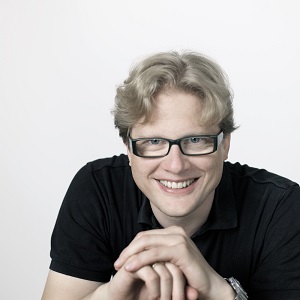