Elegía primera, la deriva was premiered on 15th November in Barcelona’s Museum of Modern Art (Macba) by Raquel Castro (violin) and Yuval Gotlibovich (viola) performing the solo parts. The Orquestra de Cambra Catalana and the ESMUC choir performed this work for string orchestra and male choir with Joan Pàmies in the conducting role.

Ramón Paus is a composer with an ecclectic background. He graduated from Barcelona’s prestigious Aula de Música Moderna y Jazz. He also studied orchestration in Paris and Lyon, as well as classical guitar at the Conservatorio Superior del Liceo in Barcelona. He has earned success in a wide variety of genres as a film composer, Theatre Music, dance and his classical works have been premiered in countries as far as Japan, France, the Czech Republic, Brazil, Rumania, the US and the Netherlands, among others. 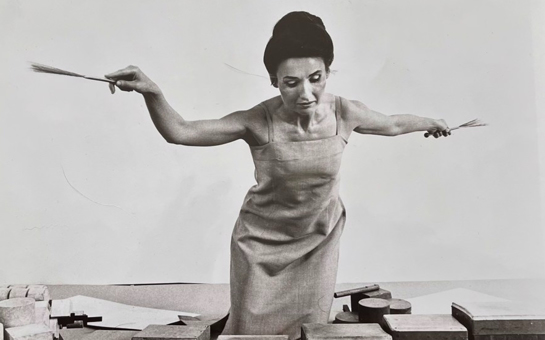