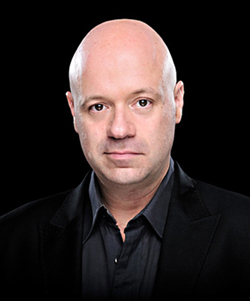 Music Sales is delighted to announce the signing of Albert Guinovart to the Unión Musical Ediciones catalogue.

Born in Barcelona in 1962, Albert Guinovart is one of the most active musicians of his generation. His piano studies began during his childhood at the Conservatorio Superior Municipal de Barcelona and culminated in London with Maria Curcio where he also began composing.

In addition to pursuing his career as a composer, he has played piano in venues around the world. He is well-known for performing his own works as well as the repertoire of the Romantic period and Spanish music. There are many recordings of his work, including the award winning CDs of his interpretations of Albéniz, Turina, Granados, Guinovart (Harmonia Mundi); Rodrigo (EMI); and Symphonic Tangos (DECCA).

As a composer he has produced compositions of many different styles. His first major work was MAR I CEL (1988 and 2004/Max for the best music in 2006), produced by the theatre group Dagoll Dagom. For its German premiere at the Opernhaus Halle, he re-orchestrated the musical for symphony orchestra. He has composed other well-known musicals such as Flor de nit (1992) with libretto by Manuel Vázquez Montalbán, as well as GAUDÍ, the musical of Barcelona (2003) and Paradís (2005), both with libretti by Jordi Galceran.

Aside from these musicals, Albert Guinovart has composed a good deal of music for the concert hall, with symphonic works featuring abundantly in his catalogue (among them concertos for piano, flute, clarinet, French horn, percussion and others); several cantatas; the operas Atzar and Alba Eterna and the ballet Terra Baixa, as well as numerous sonatas for various instruments, chamber music and songs. Esteemed conductors who have performed his music include Gianandrea Noseda, Lawrence Foster, Vassily Petrenko and Philippe Entremont.

He has composed a wide range of soundtracks for cinema and television and has also provided music for six theatre productions directed by Sergi Belbel. He was commissioned to compose the official music for the World Championship of Swimming 2003.

Since 2002, he has been professor of Orchestration and Composition in the ESMUC of Barcelona.
For more information, contact Javier Briongos.