In 2011 Richard Rodney Bennett will celebrate his seventy-fifth birthday. Numerous anniversary performances will take place including concerts and events at festivals across the UK. 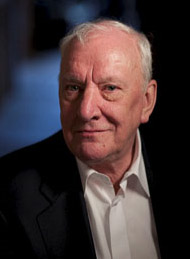 Richard Rodney Bennett. Legendary jazz singer Claire Martin will pair with Richard in a 2011 birthday tour. A concert including Richard's music, followed by a Late Night Jazz event will take place on his birthday at the Wigmore Hall in London.

Arrangements by Richard Rodney Bennett from the Great American Songbook - including songs by George Gershwin, Cole Porter, Kurt Weill, Rodgers and Hart and Rodgers and Hammerstein.

Richard Rodney Bennett, as evidenced in the enormous diversity of his activities, can be acknowledged as one of the most complete musician of recent times. Not only does he have a remarkable 300 commissioned concert works to his name, establishing him among the leading British twentieth-century composers, but he has also contrived to lead several completely different musical lives. For some, he is loved for his jazz and jazz-influnced music, as epitomised in his remarkable Concerto for Stan Getz and concert works for Cleo Laine. Others remember him as a concert pianist with a special enthusiasm for pioneering contemporary music, his partnerships with Susan Bradshaw, Jane Manning and Barry Tuckwell being particularly notable. He also has over 70 film and television scores to his credit, classic titles ranging from Murder on the Orient Express and Far From the Madding Crowd to Equus and Four Weddings and a Funeral . For cabaret and jazz club devotees, he is something completely different: one of the finest and most knowledgeable of all exponents of the Great American Songbook, a much-in-demand singer and accompanist over the past thirty-five years, and, as such, the stage partner of some of the most glamorous performers in the business. This, then, is a book about a uniquely gifted musician. It is also a study of a most engaging personality and a fascinatingly complex human being.

Anthony Meredith has been a widely published writer for some twenty-five years. He is a member of MCC, a Friend of Covent Garden and Northern Ballet. His co-researcher, Paul Harris, is a leading music educationalist, well-known for his seminars, workshops and masterclasses, with over 500 books to his name. Meredith and Harris have previously collaborated on the highly praised biographies of Malcolm Arnold and Malcolm Williamson.

now available for purchase from www.musicroom.com