Following the enormous success of Il Postino, Daniel Catán takes the well-loved 1941 Frank Capra classic film "Meet John Doe" as the subject of his next opera (his fifth). The film, which received an Oscar nomination for best original story, tells the tale of a former baseball player who agrees to impersonate a man threatening suicide as a protest to social injustice and unwittingly starts an entire political movement. 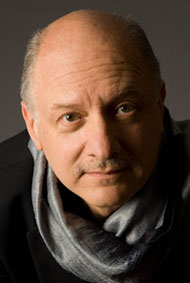 The opera is commissioned by the Butler School of Music of the University of Texas at Austin, and premieres there in fall 2012. Catán will be a composer-in-residence at the university in 2011, and while in residence he will work with the Butler Opera Center on the premiere production of a newly reduced chamber version of his 1991 opera La Hija de Rappaccini, now scored for an ensemble of five musicians (2pf.2perc.hp), directed by Robert DeSimone.

Il Postino receives its European premiere this month from co-producers Theater an der Wien (Vienna), running December 9-21. These performances, conducted by Jesus Lopez-Cobos and staged by Ron Daniels, feature some members of the premiere cast including Plácido Domingo as Pablo Neruda.