Chester Music is delighted to announce that it has just signed an exclusive publishing agreement with the composer Helen Grime. 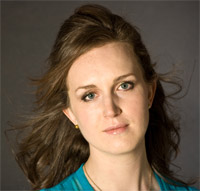 Helen Grime. © Jonathan Wrather Helen has been commissioned by some of the most established performers and organizations, including the English National Opera, London Symphony Orchestra, BCMG, Britten Sinfonia, BBC Scottish Symphony Orchestra and the Tanglewood Music Center. Chester Music is making available 14 current works by Helen, including Virga for orchestra (2007), A Cold Spring (2009) for ensemble and Into the faded air for string sextet (2007). The first new piece will be Helen’s commission for the 75th Birthday of the BBC Scottish Symphony Orchestra which is a 10-minute work, premiered in Glasgow on December 2. Other forthcoming commissions include a work for the Santa Fe Chamber Music Festival in 2012. James Rushton, Managing Director of Chester Music said: ‘It is rare to find in a composer as young, such a mature, confident and defined voice, as is the case with Helen Grime. We are delighted to be working with Helen and look forward to the future with much excitement.’

Born in 1981, Helen studied oboe with John Anderson and composition with Julian Anderson and Edwin Roxburgh at the Royal College of Music. She graduated from the B. Mus. course with First Class Honors and completed her Masters with Distinction in 2004. From 2005-07, Helen was a Legal & General Junior Fellow at the RCM. In 2003 she won a British Composer Award for her Oboe Concerto, and was awarded the intercollegiate Theodore Holland Composition Prize in 2003 as well as all the major composition prizes in the RCM. In 2008 she was awarded a Leonard Bernstein Fellowship to study at the Tanglewood Music Center where she studied with John Harbison, Michael Gandolfi, Shulamit Ran and Augusta Read Thomas.

The Music Sales group is also excited to announce the addition of two young composers to the Wilhelm Hansen catalogue: Britta Byström and Søren Nils Eichberg. 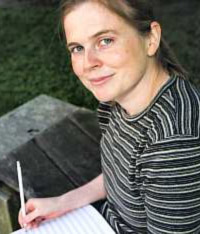 Britta Byström was born in 1977 in the Swedish town Sundsvall. Her initial musical education was as a trumpet player at the local music school. She began composing as a teenager and in 1995 she began studies in composition at Musikhögskolan in Stockholm. Among her teachers were Pär Lindgren and Bent Sørensen and she graduated in 2001. Byström has written pieces in almost every genre – chamber music, vocal music, even an opera – but writing for the orchestra is her main focus. Her music has been performed by the Swedish and the Norwegian Radio Symphony orchestras and in 2007 Britta Byström became Composer-in-residence at Västerås Sinfonietta. In April 2010 Konserthuset in Stockholm hosted a Composer Portrait. New Stockholm Chamber Orchestra premiered Afskedsvariationer, Farewell variations, in 2005 and the work has become a signature piece for the composer. Sera is an orchestral piece in which a lullabylike melody is heard in many and very different musical settings. Byström herself describes the piece as a bird of some sort flying over a musical landscape but without changing. In general Byström likes to express her music in pictures and continues: “I’m trying to make a music that at least to me sounds beautiful and poetic – and hopefully give my listeners an aesthetic experience.” Byström’s music is sound-oriented, and her careful ear on musical qualities such as timbre and resonance could be labeled "impressionistic." 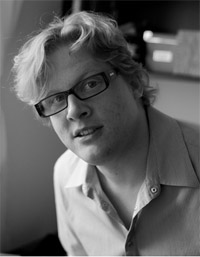 Søren Nils Eichberg was born in 1973 in Stuttgart, Germany, grew up in Denmark and today lives and works in Berlin. He studied piano and orchestral conducting in Copenhagen and Cologne, but his break-through came as a composer when winning the Queen Elisabeth Competition of Belgium in 2001. Since then, he has risen to become one of the most distinctive composers of his generation. His works have been performed in most European countries as well as in Japan, China, Korea, Australia and the US and have been radio broadcast in the US and Europe. Eichberg has recently been appointed the first ever composer-in-residence in the history of the Danish National Orchestra. For three years he will thus put his mark on one of the leading orchestras in Scandinavia. Eichberg has also been commissioned by Ensemble Modern, Radio Symphony Orchestra Saarbrücken, the Opera House of Münster and the Theatre of Stendal, Odense Symphony Orchestra, Nordwestdeutsche Philharmonie, the International Festival in Bergen in Norway, the International Piano Competition Ferruccio Busoni, the International ARD Music Competition and the Japanese Viva Hall Cello Competition. His output since 2001 includes more than 30 works, among others a symphony; cello-, piano- and violin concertos; an opera as well as solo-, chamber- and ensemble music. His prizes and awards include the Composition Fellowship of the Tanglewood Music Festival, the 3-year Composition Grant of the Danish Ministry of Culture, the Composition Stipend of the German Konrad-Adenauer-Foundation, the Civitella Ranieri Fellowship (Italy / New York) and the Composition Prize of the Onassis Public Benefit Foundation. As a conductor he has worked with: Südwestfälische Philharmonie, Junge Münchner Philharmonie, Danish Radio Symphony, Ensemble Kaleidoskop Berlin, Österreichisches Ensemble für Neue Musik and soloists from the Munich and Berlin Philharmonic.