Henryk Górecki, one of Poland's leading composers, died at the age of 76 on November 12 in Katowice after a long period of illness. 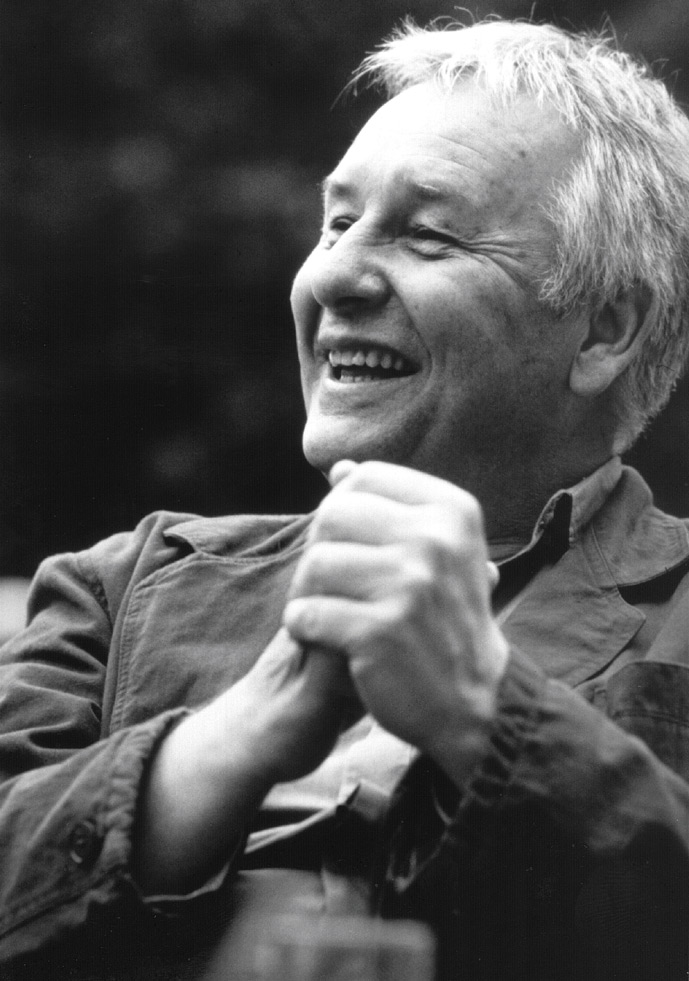 Henryk Górecki. © Gerry Hurkmans With a career spanning more than 40 years and a catalogue encompassing over seventy works, Górecki became world-renowned with the phenomenal success of his introspective and mournful third symphony, Symphony Of Sorrowful Songs. Scored for orchestra and soprano, the work includes settings of a 15th-century sacred lamentation, a simple prayer ("Oh Mamma do not cry — Immaculate Queen of Heaven support me always") written by a young girl on the wall of a Gestapo prison in southern Poland, and a plaintive Polish folk song in which a mother grieves for a son lost in war. Apart from two brief periods of study in Paris in the early 1960s and a stay in Berlin in 1973 curtailed by serious illness, Górecki remained rooted in southern Poland. His deep awareness of Polish folk culture and religious heritage formed the standing stones of his musical language and contributed to its undeniably direct emotional impact.

A major figure of contemporary music, Górecki was the recipient of numerous honorary doctorates, prizes and awards. Last month, Polish president Bronislaw Komorowski visited Mr. Górecki in the hospital to award him the country's highest honor, the Order of the White Eagle. He will be greatly missed.

Geoffrey Burgon. The British composer Geoffrey Burgon passed away peacefully on September 21 in the company of his family after a short illness. Burgon was internationally recognized as a composer of film and television music, notably his scores for Brideshead Revisited, The Chronicles of Narnia, Dr Who, Monty Python's Life of Brian, and Tinker, Tailor, Soldier, Spy, from which his famous Nunc Dimittis theme music entered the UK charts. His soundtrack to Brideshead Revisited went Gold, selling over 100,000 copies, and the music won Burgon his second Ivor Novello Award in 1981, two years after his first for Tinker, Tailor, Soldier, Spy. More recently Burgon won BAFTAs for Best Television Music for Granada's The Forsyte Saga and Channel 4's Longitude.

Notwithstanding commercial achievement Burgon maintained the flow of 'serious' music to continuous critical acclaim with many works for various genres. In particular, his Requiem from 1976 brought huge success: "A composer who has something worth saying and knows how to say it" was The Guardian's verdict. The Times went further, calling the Requiem "This year's most important new work." Later triumphs included a concerto for the percussionist Evelyn Glennie, City Adventures (1994), followed by a Piano Concerto for Joanna MacGregor (1997), song cycles, Merciless Beauty for the counter-tenor James Bowman (1997) and Heavenly Things for the baritone Christopher Maltman, Three Mysteries (2003) for soloists, choir, and chamber orchestra and numerous beautifully accessible choral pieces. Most recently he has written a Cello Concerto (2007) and a Viola Concerto (2008), the latter being premiered in the Queen Elizabeth Hall in April 2009.

Geoffrey Burgon was one of very few composers in recent times whose music has truly touched the hearts of the international public. The music and unforgettable melodies that Geoff wrote for the great classic BBC and ITV TV series over the past forty years have established themselves as standards, both within their genre and as pure music. His ability to capture in a moment the character of the screen drama on which he was working was of the very highest order.

But Geoff was much more than simply a media composer. Most of his musical conversation was about the classical concert world and he retained a keen ear for the classical music of his peers. His large catalogue of concert works, from the imposing and dramatic Requiem from the mid-1970s to the recent Viola Concerto and Cello Concerto, reveals a composer in full control of a very immediate, lyrical and varied language, and one whose work deserves wide attention.

Geoff shared many enthusiasms with me, cricket being one, and throughout his career was a loyal friend to his publisher, Chester Music.