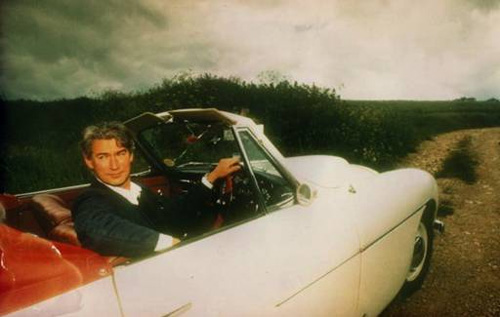 Geoffrey Burgon passed away peacefully on September 21 in the company of his family after a short illness. Burgon was internationally recognized as a composer of film and television music, notably his scores for "Brideshead Revisited," "The Chronicles of Narnia," "Dr. Who," Monty Python’s "Life of Brian," and "Tinker, Tailor, Soldier, Spy," from which his famous Nunc Dimittis theme music entered the UK charts. His soundtrack to "Brideshead Revisited" went Gold, selling over 100,000 copies, and the music won Burgon his second Ivor Novello Award in 1981, two years after his first for "Tinker, Tailor, Soldier, Spy." More recently Burgon won BAFTAs for Best Television Music for Granada’s "The Forsyte Saga" and Channel 4’s "Longitude."

Notwithstanding commercial achievement, Burgon maintained the flow of "serious" music to continuous critical acclaim with many works for various genres. In particular, his Requiem from 1976 brought huge success, along with The Fall of Lucifer, based on a medieval Chester miracle play. Later triumphs included a concerto for the percussionist Evelyn Glennie, City Adventures (1994), followed by a piano concerto for Joanna MacGregor (1997), song cycles, Merciless Beauty for the counter-tenor James Bowman (1997) and Heavenly Things for the baritone Christopher Maltman, Three Mysteries (2003) for soloists, choir, and chamber orchestra, and numerous beautifully accessible choral pieces. Most recently he has written a Cello Concerto (2007) and a Viola Concerto (2008), the latter being premiered in the Queen Elizabeth Hall in April 2009. Both these works, plus the orchestral song cycle Merciless Beauty, were released on Chandos records in late 2009.

Geoffrey Burgon was one of very few composers in recent times whose music has truly touched the hearts of the international public. The music and unforgettable melodies that Geoff wrote for the great classic BBC and ITV TV series over the past forty years have established themselves as standards, both within their genre and as pure music. His ability to capture in a moment the character of the screen drama on which he was working was of the very highest order.

But Geoff was much more than simply a media composer. Most of his musical conversation was about the classical concert world and he retained a keen ear for the classical music of his peers. His large catalogue of concert works, from the imposing and dramatic Requiem from the mid-1970s to the recent viola concerto and cello concerto, reveals a composer in full control of a very immediate, lyrical, and varied language, and one whose work deserves wide attention.

Geoff shared many enthusiasms with me, cricket being one, and throughout his career was a loyal friend to his publisher, Chester Music.