Poul Ruders' fourth opera, Dancer in the Dark, premieres in Copenhagen on September 5th and runs through September 27th. The opera is based on Lars von Trier's heart-rending film by the same name which won the 2000 Palme D'Or in Cannes. Henrik Engelbrecht, head of dramaturgy at the Royal Danish Opera, adapted the English libretto from the screenplay. Sculptor Christian Lemmerz has created a gothic set design for this staging by Artistic Director Kasper Holten, and Principal Conductor Michael Schønwandt will conduct the Royal Danish Orchestra. In October, the NorrlandsOperan gives the Swedish premiere and in 2011, the Royal Danish Opera brings the work to North America. 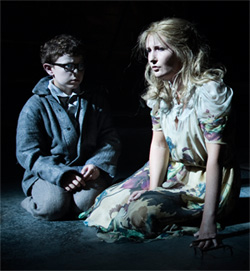 Carl Philip Levin and Ylva Kihlberg in Dancer in the Dark.
Photo credit ©Miklos Szabo
Dancer in the Dark follows the story of Selma, a Czech immigrant factory worker in the Northwest United States who becomes blind due to a congenital disease and tries to avoid the same fate for her 12-year-old son. The story raises questions about crime and punishment and what rights we have to make choices on the behalf of others. In a video interview hosted on the Royal Danish Opera site, Ruders explains his inspiration:

I remember when I staggered out of the movie house back in 2000 when Lars von Trier's film  Dancer in the Dark opened. I said to my wife: This is the ultimate, succulent morsel of operatic material you can imagine. Actually I was a bit cheeky and said: There’s only one thing wrong with this film – and that is that is not an opera by me!

It’s so important for me to emphasize that is not an opera based on the film. It’s an opera based on the story. The music in the opera is obviously quite on the sinister and dark side but occasionally I compose lighter songs. There is a very, very light pop-like song which is the first one when we experience that Selma is disappearing into something she loves – her own musical dream world.

The actual musical language – what goes on in the orchestra – is as precise and as much in the service of the drama as it is humanly possibly. There is not one single chord or note that is not engineered not to serve the story.

It’s a Kleenex number. You have to be uncommonly stonehearted not to dry a wee tear now and then – but that’s always good in opera isn’t it!?

For more on the premiere of Dancer in the Dark please visit the Royal Danish Opera website. 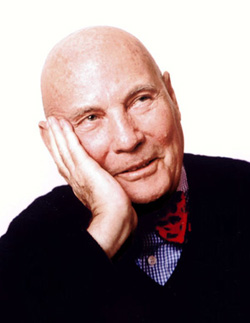 
Gisela! Oder: Die merk- und denkwürdigen Wege des Glücks (Gisela! or: The Strange and Memorable Ways of Happiness) is the title of the new music theatre piece by Hans Werner Henze for young performers and young audiences. Premiere performances of Gisela! on September 25 through October 8 are presented by the Ruhrtriennale/ruhr.2010. An entirely new second production will be premiered on November 20th at Semperoper Dresden, who jointly commissioned the work. These performances are part of the Henze project of Cultural Metropolis 2010 which features Henze’s complete oeuvre in more than 200 concert, opera, and dance productions.

The composer’s original story is about Gisela, a young student of art history whose life is turned upside down during a stay in Naples. She falls in love with actor Gennario, a character reminiscent of Pulcinella, the clever and drafty Commedia dell’arte archetype. The turbulent city at Mount Vesuvius and the cold industrial city of Oberhausen are the juxtaposed scenes of action within the music drama. Following the idea of an “open dramaturgy” the opera encompasses a series of madrigals sung by a 5-voice choir as well as a number of orchestral interludes depicting the dreams of the protagonists. 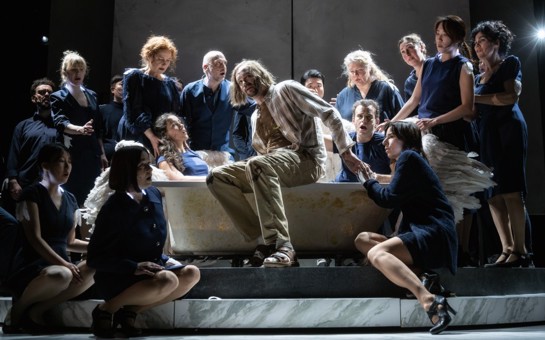 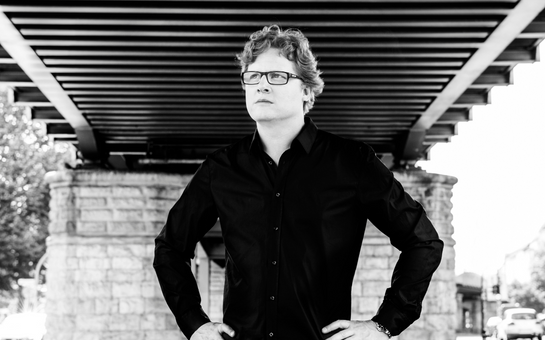 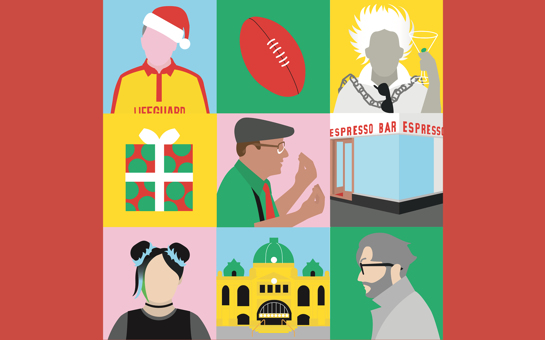