On October 26 at Alice Tully Hall, Cho-Liang Lin and The Juilliard Orchestra, led by Tan Dun, premiere the composer's Violin Concerto, The Love, commissioned by The Juilliard School and the Singapore Symphony. 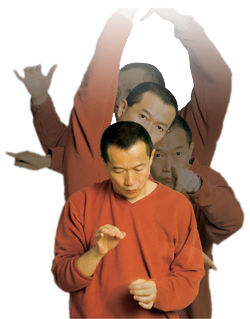 Tan Dun © Nan Watanabe
His Violin Concerto adds to a list of recent works for orchestra including his Internet Symphony, Symphony for Strings, Earth Concerto, and Piano Concerto, The Fire. Each movement of the Violin Concerto focuses on different memories, life experiences and impressions. The first movement, about teenage love,incorporates hip-hop and rock & roll beats, the second movement recalls an ideal dream love and the third movement represents so-called sophisticated love. Violinist Cho-Liang Lin comments on the concerto and his long relationship with Tan Dun:

To play Tan Dun's concerto, I have to throw myself completely into the work and his world. Tan's music is extremely expressive and powerful. I feel I need to loosen the usual interpretive perimeters of classical music performance and try to become an actor on stage and speak to the audience using the unique language of Tan Dun. It's a liberating and rewarding experience.

I have known Tan Dun for a long time and think of him as a dear friend. I have also performed a number of his major works. I have gotten to know a great deal about how to perform his works from my many hours spent with Tan. I also have learned to let my violin speak with all sorts of different sounds as required by Tan's music, and to do so while letting go of any musical inhibitions. To be with Tan Dun is to let ideas fly, watch them scatter and then regroup in ever changing and evolving forms. Life is never dull around him. 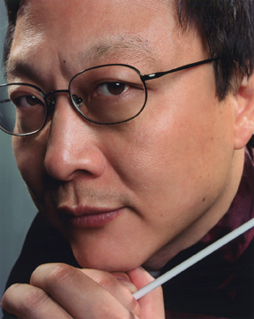 In Colors of Crimson, Sheng has attempted to adjust the timbral limitation of the marimba by using different devices in orchestration. What Sheng hopes to provide is a diversity of tonal shades within the overall monotonic timbre of the marimba. In this work, the basic thematic material comes from a reconstruction of a love song Sheng wrote during his teenage years. At the time, he was living in Qinghai — a remote province of the Qinghai-Tibet Plateau in northwest China — where the folk music tradition has always been abundant.

Tan Dun's Water Concerto is the first work in his Organic Music Series. Here he features one of the major elements — to him, "an element you can't block. You can block land, you can say this is China and this is Russia, but water has no such frontiers." In this concerto, Tan Dun hopes to present music that can be listened to visually and watched aurally. For him, he wants it "to be intoxicating. And I hope some people will listen and rediscover the life things, things that are around us but we don't notice."