Michael Gordon, David Lang and Julia Wolfe arrived in New York City in the early 1980s to discover that the music world had been fractured into tiny, isolated communities, each with its own style, subgenre, venue, and audience. They decided to create their own scene with the founding of Red Poppy Music in 1993.

The music of these three American composers represents some of the most adventurous, breathtaking, passionate, and powerful music of the late 20th and early 21st centuries. They are ever inventive and trailblazing, with a wide array of choral, opera, dance, chamber, and orchestral works that are in high demand nationally and around the globe.

We are pleased to share some highlights of their upcoming engagements.

Cello Biennale Amsterdam
In addition to a performance of his 1992 piece, Industry, two works by Michael Gordon will have world premieres at the 2018 Cello Biennale in Amsterdam, House Music for Ashley Bathgate and "8" for cello octet.

'A Western'
Gordon's new piece receives its world premiere with the Elbphilharmonie in Hamburg, Germany. Theatre of Voices performs with Paul Hillier conducting.

'the mile-long opera'
the mile-long opera: a biography of 7 o’clock is an ambitious collective work that shares personal stories from hundreds of New Yorkers about life in the changing city. Scored by Lang with words and lyrics by acclaimed poets Anne Carson and Claudia Rankine, this citywide public engagement brings together 1,000 singers for free performances on the spectacular High Line park.

Music Future
In both the U.S. and Japan, Music Future performs increase and the country premieres of prayers for night and sleep, with cellist Maya Beiser, soprano Molly Netter, and conductor Joe Hisaishi.

'the whisper opera'
One of the most effective of Lang’s sui-generis dramatic works — poised intriguingly between opera, cantata, and chamber-ensemble piece — is revived at N.Y.U.’s Skirball Center, in a staging that will conjure pleasant memories of the piece’s Mostly Mozart Festival première. The sopranos Tony Arnold and Alice Teyssier join members of the International Contemporary Ensemble.
— The New Yorker

With words and music by Lang and direction and design by Jim Findlay, the whisper opera will receive its country premiere in Belgium by the International Contemporary Ensemble. The instrumentalists, singer, and audience, enclosed in an intimate onstage space, perform almost entirely in whispers. Lang explores the question, 'What if a piece were so quiet and so personal to the performers that you needed to be right next them or you would hear almost nothing? The only way this piece can be received is if you are there, in person, listening very closely'.

Dance Work in Progress: 'the day' & 'world to come'
Cellist Maya Beiser and dancer Wendy Whelan join forces with the seminal modern dance choreographer Lucinda Childs, to create a work of music and dance based on the meditative and heart-searching work by Lang.

It will have its world premiere at Jacob's Pillow in summer 2019 and its New York premiere at The Joyce Theater in fall 2019, before touring the U.S. and abroad. Audiences are invited to see the work in progress at Lumberyard, Catskill, NY

'Anthracite Fields'
Wolfe’s haunting, poignant and relentlessly physical Anthracite Fields is an examination of the coal-mining industry so musically and socially provocative that it netted the 2015 Pulitzer Prize for Music.

'Fire in My Mouth'
Wolfe's Fire in my mouth will receive its world premiere with the New York Philharmonic and The Crossing Chamber Choir. Jaap van Zweden conducts the immersive visual and musical event — featuring lights, chamber choir, video, and projection — that explores a seminal event in New York City, the devastating Triangle Shirtwaist Factory Fire of 1911 that killed more than 100 young immigrants.

Listen to the Red Poppy Playlist 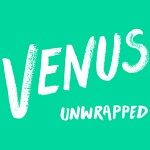