Rolf Wallin often describes his orchestral music as ‘sculptures in sound and time’. On 14, 2012 September as part of the Ultima Festival of Contemporary Music in Oslo, the Oslo Philharmonic joins forces with the Festival to present the 3D premiere of his work Manyworlds, enhanced with a three-dimensional video.  Created by Norwegian video artist Boya Bøckman, the work will be performed live with the orchestra in concert.

The collaboration started when Wallin attended a theatre performance with video by Bøckmann projected on back wall and floor.  A particularly striking scene, both visually and emotionally, included an enormous pumping heart, or muscle-like structure. Wallin immediately recognised this eerie ‘organism’ as emanating from fractal geometry, a field he knows very well from many years of using it in his own compositions. Bøckmann could confirm that it was indeed a fractal - the so-called Mandelbulb: a three-dimensional version of the Mandelbrot Set, which has been the foremost icon of fractal graphics for decades. The Mandelbulb has the amazing property that one can travel inside them and zoom into them infinitely, forever uncovering new details, such as in a universe. By manipulating variables in the formula, this whole ‘universe’ can change into totally different ‘universes’. This concept is strikingly close to the concept behind Wallin's orchestral piece, the so-called ‘Many-world theory’, which deals with a very large, perhaps infinite number of parallel universes.

These variables can be modulated by the properties of the music being performed, and Wallin saw the great potential for a striking partnership of the video and the music. Bøckmann has therefore created moving sculptures to interact with Wallin’s ‘sound sculptures’ and the audience will be enveloped in the work by wearing 3D glasses. 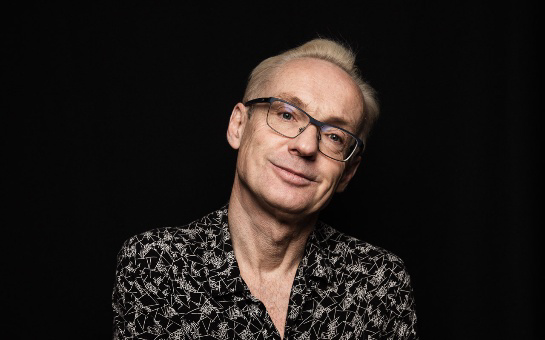